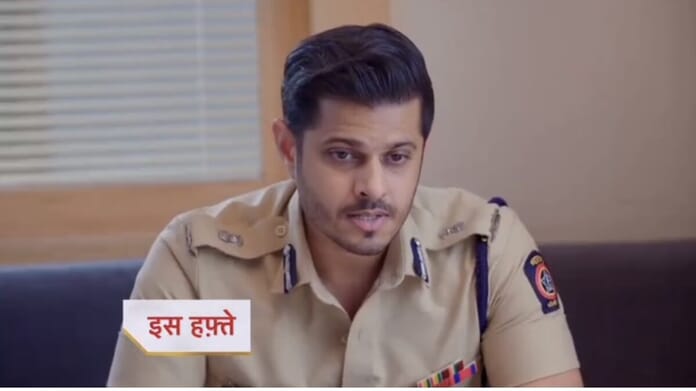 Star Plus’ show Ghum Hain Kisike Pyaar mein is seeing a a major change seeing Sai wanting to escape to Gadchiroli. While, Chavans are shown happy for unification of Samrat and Pakhi. With Sai now leaving the Chavan house, viewers seem to have to wait more for thier most awaited confession. The most shocking thing the viewers will be witnessing is Sai going through a deadly accident. There are many expectations from the show kept by the viewers, but only time will tell if the expectations meets the reality.

In the current track, Ashwini asks Sai if everything is well? Ashwini finds something not right. Sai sneaks her luggage so that after puja she can sneak out. Aarti happens and Sai is asked to give aarti to everyone. Virat fears Sai leaving the house and is upset. Ashwini asks Virat to put sindoor in Sai’s maang. Pakhi feels angry.
Later, Ashwini wonders if something is wrong. Ashwini says how if Virat and Sai get separated it will bring bad omen. Sai leaves driving a car and suddenly she sees a kid in trouble. She tries to save a child but gets a head injury instead. Everyone gets shocked to get a letter of Sai stating she is leaving.

On the other hand Sai is found by a couple and is taken to the same hospital Sai studies in. Sai’s friends get worried. Pulkit calms everyone and goes to see Sai. Here, Devyaani reveals hoe she knew and alerted Virat but he didn’t do anything. Samrat scolds Virat while Pakhi defends him. Samrat supports Sai so Pakhi feels insulted.

Samrat questions Virat about he not supporting Sai because of his feelings for Pakhi. Virat gets angry and says there is nothing like that what should I do to prove it. Here, Shivani and Ashwini try to stop them from fighting as finding Sai is important. Here, Sai’s operation begins. Chavans get to know about Sai’s accident and are shocked.

Samrat informs Virat about the same. Virat comes and give consent. Everyone blames Virat. Virat feels sad to be blamed for Sai’s stage. Virat asks Pakhi to pray for Sai, Samrat sees them. Samrat taunts them. Later, Pulkit asks Samrat to arrange blood for Sai as she is in critical stage.

In the upcoming episodes, Ashwini will bring Virat to see Sai.

Will Sai go away from Virat? Will Virat and Sai confess to each other? Will Virat be able to stop Sai? Will Pakhi create mote troubles for Virat?