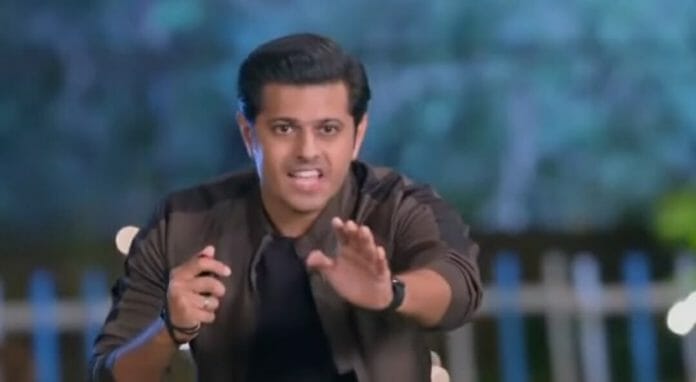 Star Plus show Ghum Hai Kisi key Pyaar Meiin is one of the most loved shows on Indian television. Right from the time of its inception, the show has been entertaining the masses. Previously, Vitthal forcefully got inside Chavans house in drunken state.

He pointed out finger on Sai’s character and speculated that Savi is Jagtap’s daughter. Virat got furious and confronted Sai, while the latter slapped him for his accusations.

In the current track, Sai takes a stand for herself and speaks about the double standards of the society. She proclaims that people always points finger at a women even if she isn’t at fault. She warns Virat not to misbehave with her and proclaims to teach him a lesson by putting him inside the jail, if he again tries to force her.

Here, Vinayak decides to win the race for Savi and proclaims that if he wins then he will ask Virat to adopt Savi. They both gets into a conversation and plan how they will live together.

Pakhi looks after Vinayak’s diet and makes him eat healthy for his racing competition. She proclaims that if he wins the race then Sai will leave from their life. Whereas, Ashwini also prays for the same.

Ahead, Virat decides to coach Vinayak and determines to make him win in order to get rid of Sai. He proclaims that he can’t let Vinayak loose the match, as he wants Sai to leave from their life as soon as possible.

Sai confronts Jagtap and slaps him. She notify him about his father’s actions and warns him to correct everything. She ask him to stay away from her family and to keep Vitthal away from Chavans. She took a stand for herself and prohibits Jagtap from coming near Savi.

Later, Virat trains Vinayak for the race and looks after him. Vinayak falls down but stays determined to win the race for Savi. He again tries but fails and becomes disheartened. Whereas, Virat feels bad for him and encourages his son.

Will Vinayak be able to win the race?