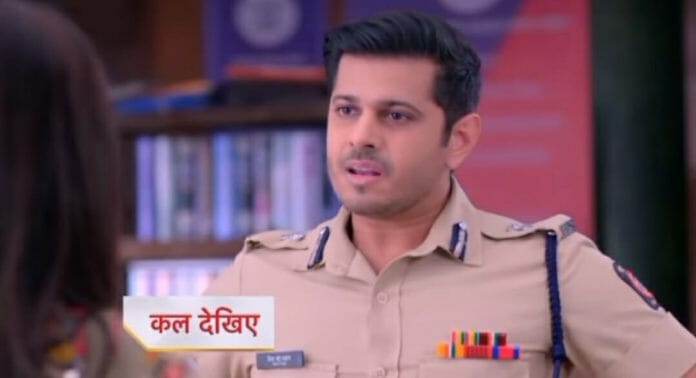 Star Plus popular daily soap Ghum Hai Kise Key Pyaar Meiin is moving towards the bitter chaos in Virat and Sai’s life. Previously, Pakhi succeeded in creating problems between Sai and Virat. Whereas, she changed her look to please Virat but Sai gets suspicious and determines to expose her in front of everyone.

In the current track, Pakhi confronts Sai and tells about her decision to change her look. She says that she will wear colourful clothes, so that the baby can get happy vibes from her. Whereas, Bhavani gets shocked seeing Pakhi’s new look and scolds her. The guests also taunts Pakhi for wearing colourful clothes, even after being a widow.

Here, Pakhi tells about her reason to change her look while the guests find about Pakhi being Sai and Virat’s surrogate. Whereas, Bhavani gets against Pakhi’s decision and ask her to rectify her mistake.

Sai takes a stand for Pakhi and goes against Bhavani. She proclaims that every women have to the right to do whatever she wants and declares that the death of the husband can’t snatch her rights. Bhavani scolds Sai, while Pakhi shows her gratitude towards the latter.

Ahead, Sai says that she don’t trust Pakhi and is supporting her only because she finds her right. Meanwhile, Sai gets furious at Virat as he couldn’t able to catch the culprit who injured her. She mocks Virat, while he gets angry with her behaviour.

The thief learns about Sai trying to find him and notify Pakhi about it. She gets worried and assures to save him. She decides to divert Sai’s mind and proclaims to get her trust. Whereas, Virat gets a new mission and ask Sai not to bother him.

Later, Pakhi decides to visit the doctor in Sai’s hospital for her checkup. She states that Sai can also be with them and can feel the presence of baby. Bhavani gets suspicious with Pakhi’s changed behaviour and confronts her, while Ashwini gets happy after hearing her decision.

Now in the upcoming episode, Pakhi will visit the doctor along with Bhavani and Sai. The doctor will check Pakhi and reveals that she isn’t pregnant. Pakhi will tell about the pregnancy test being positive, to which the latter replies that it was a false result.

Will Pakhi reveal about the truth?

Will Pakhi be able to create differences in between Sai and Virat?