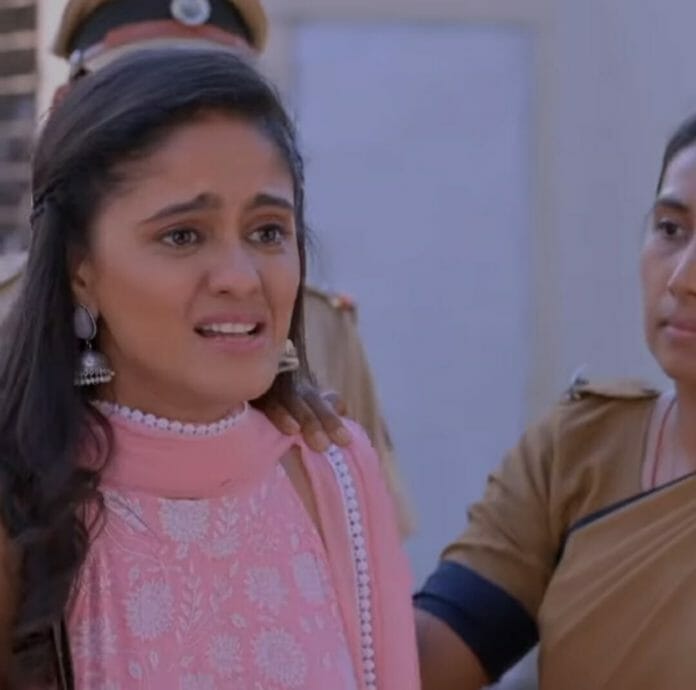 Star Plus popular daily soap Ghum Hai Kise Key Pyaar Meiin have garnered a huge amount of audience. The gripping storyline filled with twist and turns makes it engaging to the viewers. Previously, Jagtap notified Virat about a shocking truth.

The latter got stunned finding about Savi being his daughter and determined to bring her back. He got furious at Sai for hiding the truth and forcefully snatched Savi from the latter. Whereas, Sai become furious at Virat and lashed out at him.

In the current track, Virat brings Savi to the Chavans house while Sai determines to bring her daughter back. Whereas, Virat appoints police security in front of his house and instructs them to arrest the person who ever will try to get inside the house forcefully.

Here, Vinayak reminds Chavans about his wish to bring Savi into the house after getting her adopted. Pakhi tries to explain him while Bhavani gets furious and proclaims that they will not adopt Savi.

Bhavani tells Vinayak that they only brought Sai to treat him and not that he is fine they will have to leave from Nagpur. At that time Virat comes inside carrying Savi. Chavans gets shocked and ask about the matter but he stops them from making noise and goes inside Vinayak’s room.

Ahead, Virat looks after Savi while Vinayak also joins him. They tries to reduce her fever while Pakhi gets worried seeing Virat’s reaction. Meanwhile, Sai tries to invade inside Chavans house but the security stops her. She shouts at Virat while Chavans also comes out.

Sai confronts Virat and proclaims that he can’t snatch her daughter from her. He reveals that Savi is his daughter too while everyone gets dumbstruck. He declares that no one can stop him from keeping Savi and makes the police arrest Sai for breaking the law.

Later, Sai tries to free herself and pleads to let her see her daughter. She shows her worry towards Savi and says that the latter is suffering from fever. Whereas, Pakhi feels bad for Sai. Ashwini and Pakhi looks at each other feeling sympathy towards Sai but stays quiet in front of Virat’s wrath.

Now in the upcoming episode, Savi will get conscious while Virat and Vinayak looks after her. She will question about her mother, while Virat will show his concern towards Savi. She will again ask about Sai from Vinayak while he will also stays silent. She will stare at them for the answer, whereas Usha will try to feed Sai and gets worried as she didn’t eat anything.

Sai will proclaim that she won’t eat anything till she gets her daughter back. She will determine to take Savi away from Virat and vows not to let him come near her.

Will Pakhi help Sai to get released?