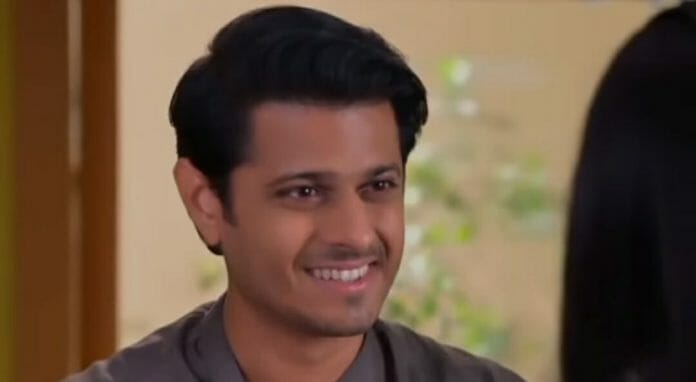 The peculiar twist in the tale of Star Plus popular daily soap “Ghum Hai Kise Key Pyaar Meiin” is enthralling the audiences. Previously, Pakhi’s condition got critical as she learned about Vinayak’s abduction. She rushed to the hospital in order to see her son, but got unconscious as her internal stitches got opened.

Chavans took her to the hospital and Pulkit informed about the risk. He decided to perform an operation along with Sai in order to save Pakhi’s life. Virat took a tough decision and agreed to get Pakhi’s womb removed in order to save her life.

In the current track, Bhavani accuses Sai and gets into an argument with her for the misery they were facing. She blames everything on Sai and reminds that they even lost their child Vinu because of her. Sai cries and argues with Bhavani, while Virat stops them and tries to tell the truth to Sai but stopped due to some interference.

Here, Pakhi gets consciousness and becomes elated upon seeing Vinayak. She shows her concern towards the latter and expresses her gratitude towards Sai for looking after her son.

Pakhi finds about the removal of her womb and gets shocked. She looses her calm and lashes out at Virat and Sai for taking a bad decision for her. They immediately injects her with sedatives in order to stop the latter from harming herself.

Ahead, Virat sees a dream about revealing the truth to Sai about their child Vinu being alive. He tells her that Vinayak is only Vinu, while Sai gets elated and becomes emotional seeing her kid. She tells him about it while he also becomes happy to get his biological parents.

Pakhi also learns about it and hugs Vinayak stating that she was the one who has given birth to him. She shows her emotions while Sai ask Virat to take her side and reminds Pakhi about her past mistake. Virat agrees to Sai while Pakhi threatens to kill herself and jumps out of the window.

Later, Virat wakes up from the dream and worries about Pakhi’s health. He gets into dilemma and thinks whether to tell the truth to Sai or not? He regrets his decision and cries in front of Sai apologising for his decision. She couldn’t able to understand the reason behind his behavior and consoles him before leaving from there.

Now in the upcoming episode, Virat will get worried thinking about his decision and falls into a turmoil. He will regret not telling the truth to Sai regarding their son Vinayak. Meanwhile, Sai will reache the orphanage and gets inside there.

She will see a note stuck on the board and finds a shocking truth. She will call Virat while he worries about her finding regarding the truth.

Will Sai learn about the truth?