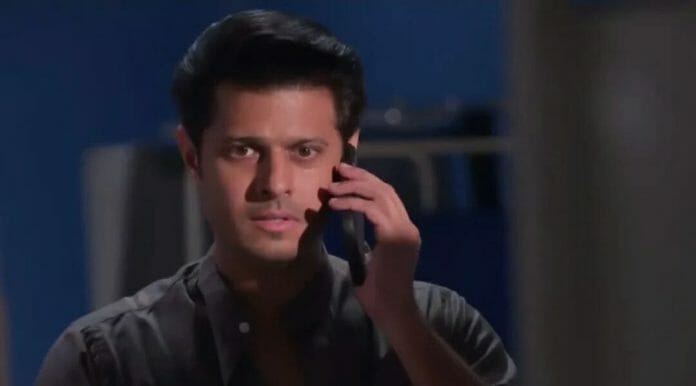 Star Plus popular daily soap Ghum Hai Kise Key Pyaar Meiin have garnered a huge amount of audience. The gripping storyline filled with twist and turns makes it engaging to the viewers. Previously, Pratap got furious at Sai and decided to take his revenge from her.

He kidnapped the kids Savi and Vinayak and locked them along with him into the store room. He demanded to meet his ex-fiance Ruhi, while Sai got shattered after seeing her kids in danger. He also called Virat and threatened him, while the latter assured Sai and got inside the hospital in order to save the kids.

Sai’s plan worked and Virat took the opportunity to get hold of Pratap. Virat fought with the latter but Sai stopped him and showed mercy on Pratap.

In the current track, Sai feels sympathy towards Pratap after seeing his condition. He cries being disheartened recalling the past of his life. Sai sits along with him and tries to console the latter. She says that she can understand his situation but he denies to believe it.

Here, Sai tells her past to Pratap and notify how Virat got married to Pakhi after assuming that she is dead. She shares her pain while Pratap gets shocked learning about it and then apologises for his mistake.

Pratap realises his fault while Sai tells him that the real love is selfless. She gives him a showpiece while he shows his gratitude towards her and then the police takes him to the jail. Meanwhile, Virat hugs the kids along with Sai being relieved. He was about to tell the truth about Vinayak to her, but got a call from Pulkit.

Ahead, Pulkit notify Virat about the critical condition of Pakhi and ask him to come as soon as possible. He gives the responsibility of the kids to Sai and rushes to the hospital. Meanwhile, Sai bids adieu to Sahiba while she gives him some paintings to send it to the orphanage.

Sai recalls her moments with Virat and gets teary eyes. She also reaches the hospital to ask about Pakhi while Pulkit says that they needs to perform immediate surgery. He ask Sai to assist him and scolds the family members for not looking after Pakhi carefully.

Later, Pakhi’s health deteriorates while Pulkit decides to take a tough action and notify Virat about the danger luring on Pakhi. He ask Virat’s permission to remove Pakhi’s uterus in order to save her life and stop the infection from spreading.

Virat gets shocked while Bhavani also comes there and blames everything on Sai. They both starts arguing while Virat shouts at them and ask to concentrate on Pakhi.

Now in the upcoming episode, Sai will sit along with Virat and says that she can understand his turmoil. She will console him and proclaims that he have to be strong for his wife as she will need his support. She will state that Virat, Pakhi and Vinayak will be a family together and no new member will be able to come in between them.

Virat will look at her and states that he wants to tell her something. He was about to reveal the truth about their son Vinu, when Bhavani will come there and lashes out at Sai for snatching all the happiness from their life.

She will also rebuke her for the death of Vinu, while Virat will stop her and shouts that Vinu is alive. Sai and Bhavani will get shocked and looks at him.

Will Virat reveal the truth to Chavans?

Will Pakhi be able to face the reality?