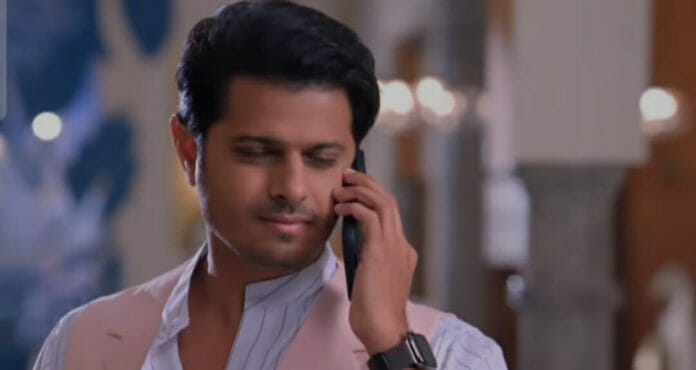 Star Plus popular daily soap Ghum Hai Kise Key Pyaar Meiin have garnered a huge amount of audience. The gripping storyline filled with twist and turns makes it engaging to the viewers. Previously, Sai got a clue about Vinu being alive and decided to gather information about him. She tried to get help from the staffs of the orphanage but they denied to provide any information.

She messaged Virat to get Anandi’s number, while the latter got suspicious about Sai’s move. Meanwhile, Mohit exposed Karishma’s affair in front of everyone and the latter decided to leave the house. Virat tried to stop her but she lashed out at him and reminded about his past mistake.

In the current track, Bhavani gives a warning to Karishma and says that if she goes out of the house, then she won’t be able to come back ever again. The latter stays firm on her decision and leaves from there, proclaiming that she will stay with Vikrant. She also taunts Virat for marrying Pakhi and trusting the latter against Sai.

Here, Karishma’s taunts keep ringing in Virat’s ears and he cries remembering the past. He regrets not supporting Sai when she was leaving the house along with Vinu. Meanwhile, Pakhi confronts him and ask about the matter.

Virat shares his pain with Pakhi while she feels hurt. He ask her not to think about it, while she goes inside her room being upset. He then notices Sai’s message and gets suspicious about her action. He calls her and tries to find her motive but she hides the truth from him.

Ahead, Sai shares her dilemma with Usha while the latter ask her to hide the matter from Virat as she isn’t sure whether Vinu is alive or not. Sai then goes to the hospital to meet Dr. Ashok to find about the bus accident survivors. Virat finds about it and then calls Anandi requesting her not to give information about Vinu to anyone.

Anandi assures Virat that they keep all the informations secret. He then tries to contact Dr. Ashok but gets unsuccessful. He rushes to the hospital and sees Sai sitting along with him. She ask about the bus accident matter, while Ashok tells that one more person came there asking about it. He was about to take Virat’s namr, when the peon tells him that someone has came to meet him.

Later, Ashok meets Virat and the latter makes a request to him asking not to tell the truth to Sai about Vinu. He somhow convinces the latter and goes away from there, while Ashok gets confronted by Sai about the matter but the latter stays silent.

Now in the upcoming episode, Sai will get restless to find information about Vinu. Anandi will not notify her about anything, so Sai will decide to find the truth on her own. She will sneak inside the orphanage and tries to find information from their computer. Meanwhile, the watchman and staff will caught her. They will call Virat and told him about the matter while he will get shocked.

Will Sai be able to find the truth?

Will Virat rectify his mistake?