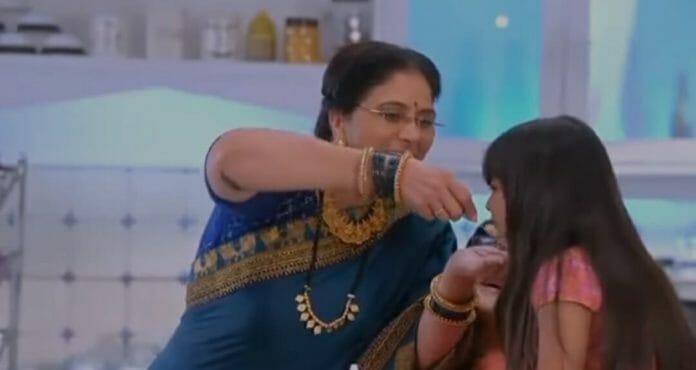 Star Plus show Ghum Hai Kisi key Pyaar Meiin is one of the most loved shows on Indian television. Right from the time of its inception, the show has been entertaining the masses. Previously, Jagtap went to meet Sai and apologized for his mistake. She lashed out at him and accused for separating her from Savi.

Whereas, Sai got unconscious and the police staffs kept her outside the station. Later, they got shocked as she escaped from there while Jagtap got concerned for her. Meanwhile, Pakhi expressed her worry to Virat and he consoled her, but then again forgot his promise while being with Savi.

In the current track, Sai runs away from the police while they starts searching for her. Jagtap thinks about it and concludes that it must be Sai’s plan to use him to get out of the jail. He then tries to find her and runs behind her trying to stop. He warns about the consequences she will face if she gets caught but she determines to take her daughter back.

Here, Virat tries to console Savi as the latter keeps crying asking about her mother. At that time Ashwini comes there and diverts the latter’s mind. She mingles with Savi and then feeds food to both the kids. She enjoys their company while Virat thanks his mother.

Virat stares that he was rethinking about his decision of keeping Savi away from Sai but Ashwini helped him to get clear. He expresses his gratitude towards Ashwini while she says that Savi will need her mother in future but Virat ignores it.

Ahead, Bhavani sees Pakhi looking at Virat and Savi. She reminds the latter about her warning and says that she was the one who brought Sai back to their house. She blames Pakhi for the mess and proclaims that soon Sai and Savi will take her place.

Bhavani rebukes Ashwini for mingling with Savi and proclaims that she will accept the latter as her granddaughter only when she will get the proof. She denies to believe Sai’s words and stays strict towards Savi. Whereas, Sonali ask Mohit and Karishma to plan their baby but the latter reveals that they don’t have a husband and wife relationship.

Later, Virat plays hide and seek with his kids while Sai comes there and invades inside his house secretly. She moves toward Savi while the latter gets elated upon seeing her mother and rushes towards her. Virat and Vinayak also comes there and becomes shocked, while Sai hugs Savi emotionally and proclaims that she will take her back.

Now in the upcoming episode, Virat will knock on Sai’s door while the latter denies to let him come inside her house. He will forcefully get inside while she states that Savi is her daughter and he can’t take her away. He will proclaim that he will tell the truth to Savi about him being her father and reminds how the latter was searching for her father all around the places. He will go inside Savi’s room while Sai tries to stop him but he locks the door. Savi will look at him being confused while Sai will break down expressing her love towards Savi.

Will Savi find about the truth?

Will Bhavani accept Savi as her granddaughter?