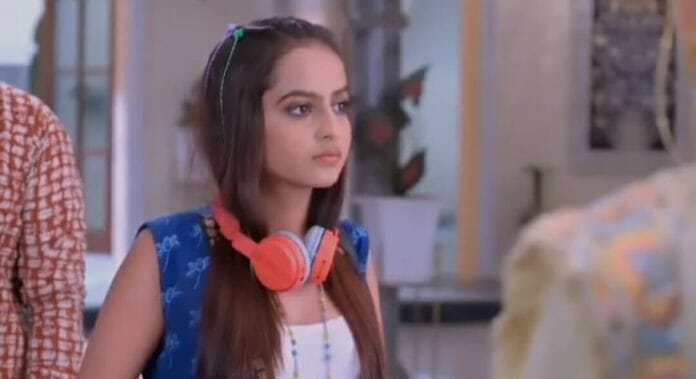 The gripping storyline of Star Plus popular daily soap Ghum Hai Kise Key Pyaar Meiin, filled with twist and plots; makes it engaging to the audiences. Previously, Sai and Virat agreed for Vinayak’s treatment and left their angers aside for the latter.

Whereas, Jagtap and Virat had an hit and miss moment. Pakhi got consoled by Bhavani and Ashwini, meanwhile Chavans gets excited to welcome a special guest.

Here, Savi encourages Virat to beat the goons more but Sai somehow stops him. Whereas, Gulabrao threatens to teach a lesson to both Virat and Sai and runs away from there. Savi treats Virat’s wounds and praises him for taking a stand for her mother.

Ahead, Chavans gets offended by Harini’s behavior while the latter ask to stay in hostel rather then Chavan mansion, but Bhavani protested and ask her to stay with them to learn the traditional values.

Ashwini also tries to make Harini understand but the latter stays adamant. They also find out about Harini’s smoking habit and tries to stop her but the latter denies to leave her habit.

Later, Pakhi calls Vinayak and the latter informs her about the injury of Virat. She gets concerned and ask Virat about the matter, but he hides the truth from her. He also kept Sai’s identity secret from Pakhi, while the latter gets upset seeing Virat talking to his wife.

Now in the upcoming episode, Sai will try to treat Virat but he sends her away. She will also stop showing her concern towards him and taunts about his attitude. He will taunt her back and says that she doesn’t have any emotions left.

He will confront her and questions that where she found Savi? He will ask about her parents while Sai will keep staring at Virat.

Will Gulabrao create problems for Sai and Virat?