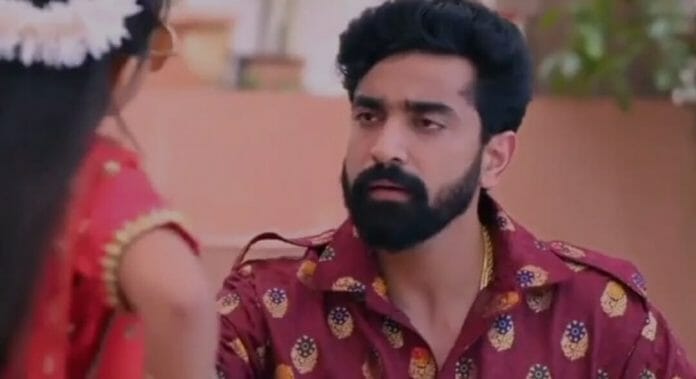 Previously, Savi got disappointed as she couldn’t able to meet Vinayak when he left. Meanwhile, Chavans and Sai both celebrated Ganesh festival in their particular places. Pakhi got praised by Chavans, whereas Sai denied to forgive Virat.

Vinayak missed Savi and kept talking about her. Ashwini adviced Virat to move on in his life with Pakhi, but he declined stating that he still blames himself for Sai and Vinayak’s death.

In the current track, Vinayak feels tremendous pain in his legs while Pakhi and Virat gets concerned for him. The latter ask for the ointment given by Savi’s mother while Pakhi applies it on his leg. She also learns about all the attack and bullying Vinayak went through and gets angry with Virat for hiding it.

Here, Virat tries to convince Pakhi and ask her to have her medicine. She tells him her perspective and states that she just want to be aware of all the things going on in Vinayak’s life, while Virat agrees to her demand.

Pakhi also talks about Sai and Virat’s past and says that they also wanted to name their daughter as Savi. He gets upset and goes from there, while Pakhi recalls the past. Meanwhile, Jagtap gives a gun toy to Savi and the latter gets excited. He also found about the attack on her and determines to punish the culprits.

Ahead, Gulabrao gets inside Sai’s house and tries to bribe her. She gets furious at him and ask him to leave the house. He also gets angry with her and gives a warning. He proclaims that he won’t leave her, while Sai glares at him.

Pakhi discuss about the business matter with Mohit and he tells her about the problem. She suggest him not to compromise the price as their material is of good quality. Mohit agrees to her idea, whereas Bhavani also appreciates the latter.

Later, Omkar objects Pakhi’s suggestion and proclaims that they can loose their deal by going according to her plan. She takes a stand for her idea while others also supports her. Sonali taunts Omkar for his changed behavior and ask to relax.

Now in the upcoming episode, Bhavani will tell that Vinayak needs a baby brother or sister, as he keeps chanting about Savi. She will ask Virat and Pakhi to fulfill his wish, while they both will get shocked and avoids looking at one another.

Meanwhile, Savi will call Vinayak while Sai questions that whom is she calling late at night? Vinayak will get excited after seeing Savi, while Virat also greets her. Sai will sit along with Savi to talk to Vinayak while Virat will also join his son and both of them will become shocked. Whereas, Pakhi will also get dumbstruck.

Will Virat find about Sai?

Will Sai tell Savi about her father?