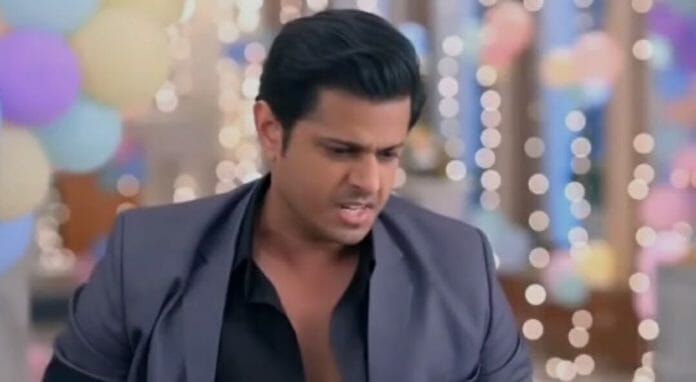 Star Plus show Ghum Hai Kisi key Pyaar Meiin is one of the most loved shows on Indian television. Right from the time of its inception, the show has been entertaining the masses. Previously, Vinayak completed his race and won a special award. Whereas, Pakhi showed her gratitude towards Sai and Savi for helping Vinayak. Virat also agreed with her, while Savi reminded Vinayak about his promise and both got excited to become siblings.

In the current track, Sai takes a tough decision to leave Nagpur in order to save her daughter from the problems. Whereas, Bhavani and others gets elated thinking that finally Sai will go out of their life. They also plans to visit the pilgrimage without Pakhi and Virat, so that they can spend some time together.

Here, Sai hides her decision from Savi and packs her bag after the latter goes to sleep. Usha warns Sai and proclaims that they are doing wrong with Savi and reminds her about the attachment of her with Vinayak. Whereas, Sai stays firm on her decision.

Sai leaves the house and recalls the time when she buried Virat’s ring into the mid and becomes emotional seeing the place. Whereas, Chavans suprises Vinayak with a huge celebration. Meanwhile, Pakhi decides to express her love towards Virat.

Ahead, Vinayak tells about his wish to Chavans while they promises to fulfill it. He gives the letters by Savi to Virat and ask him to sign it, while the latter gets shocked. Vinayak requests Virat to adopt Savi, while everyone becomes stunned.

Jagtap calls Usha and learns about their departure. He questions about the matter and gets concerned for Savi. He reminds how she suffered previously when they tried to separate her from Vinayak. But, Usha and Sai ignores his warning and goes away.

Later, Jagtap invades inside Chavans house in drunken state and tries to tell thr truth but Virat doesn’t let him finish. Omkar beats Jagtap while Virat throws his out of the house. Meanwhile, Bhavani gets suspicious and thinks that what Jagtap wanted to reveal about?

Will Jagtap tell the truth to Virat?