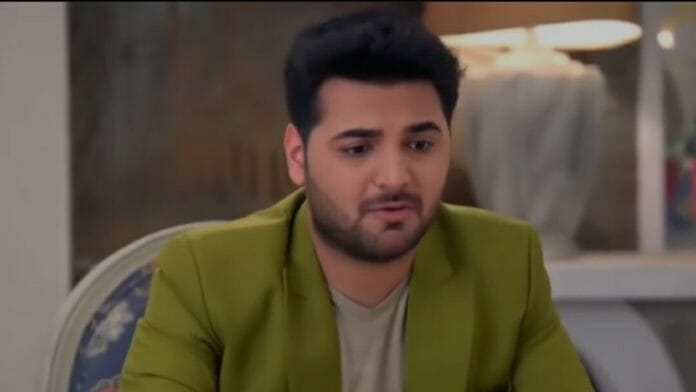 Star Plus’s top rated show “Ghum Hai Kise key Pyaar Meiin” has been entertaining the audiences with its exciting twists and plots. Previously, Virat decided to hide the truth about Vinu from Sai in order to protect Pakhi’s life.

Whereas, Sai and Virat helped Karishma and made Mohit understand about his mistake. The latter found about Karishma’s miscarriage and assured to look after her.

In the current track, Virat talks to Sai after hearing her emotional speech. He ask if she was referring it to him? To which she reminds him about the time when they lost their son. She gets teary eyes and ask Virat to join her in the puja of Vinu’s death anniversary.

Here, Virat denies to follow Sai’s request and insists her not to perform the puja. She gets more suspicious and ask him for the reason but he left from there without giving any explanation. Sai talks to Jagtap and the latter assures to find about Vinu’s whereabouts for her.

Bhavani also decides to conduct death anniversary puja for Vinu. She proclaims that they all are facing so many problems and states that the puja can give peace to them. Shivani gets irked by Bhavani’s taunt and says that her baby is a good news.

Ahead, Virat sees nightmare related to Vinayak’s death and gets scared for him. He shouts at Bhavani and prohibits everyone from conducting the puja. Ashwini also reminds that they have decided not to do any puja after adopting Vinayak.

Virat goes to stop Sai’s puja while the latter determines to make him confess the truth. He stops her while she lashes out at him for interrupting the puja. He reveals that their son is alive while she becomes emotional and hugs him.

Later, Jagtap also comes there and ask Virat to tell about Vinu’s real identity. He finally notify Sai that Vinayak is only their biological son. Sai ask him the reason for hiding the truth while he tells about his fear of losing Pakhi.

Now in the upcoming episode, Sai will confront Virat and gives him 72 hours to tell his family that Vinayak is her son and doesn’t belong to him or Pakhi. She will proclaim that after 72 hours she will take Vinayak away from them and no one can stop her. He will try to make her understand but she leaves from there.

At that time Ashwini will come there being restless and tells Virat that Pakhi and Vinayak went somewhere and no one knows about there whereabouts. Virat will get shocked hearing about it.

Will Virat find about Pakhi and Vinayak?

Will Virat tell the truth to Chavans?