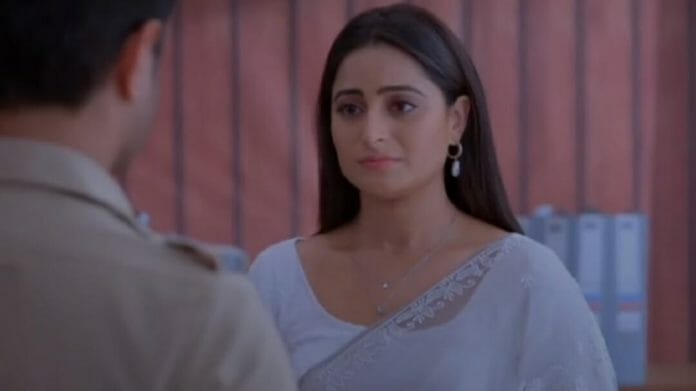 Star Plus popular daily soap Ghum Hai Kise Key Pyaar Meiin is all set to serve the audiences with a high voltage drama, along with the ongoing plot. Previously, Pakhi revealed her decision to become Sai and Virat’s surrogate in front of Chavans. Sai denied to take help from Pakhi and goes against Bhavani’s command. Virat also lost his temper in front of Pakhi and supported Sai.

In the current track, Pakhi becomes furious at Sai for controlling Virat. She shares her frustration with Vaishali inside the room, while the latter advice Pakhi to forget Virat. She tells that Pakhi have a bright future and can move on in her life, but the latter gets adamant to carry Virat’s child in her womb.

Here, Pakhi shares her intentions that she will be able to get Virat’s attention, if she will become his surrogate. She proclaims to get Virat back in her life, while Vaishali gets concerned for her.

Sai removes her frustration in front of Virat and Ashwini. She says that it should be her and Virat’s decision regarding the surrogate. She fumes in anger and complains about Bhavani’s behaviour, while Ashwin says that Pakhi has manipulated her.

Ahead, Virat calms Sai while the latter shares her suspicion on Pakhi. Virat gets shocked hearing Sai’s words and denies to believe her. He says that Pakhi is sad because of Samrat’s death and just wanted to help them.

Sai tells Virat that she gets negative vibes from Pakhi, while he assures to always support her. Meanwhile, Pakhi wins Bhavani’s trust and both visits the doctor for her checkup. They learns that Pakhi can’t become a surrogate, as she does have any of her own child, which is the main criteria.

Later, Sai gets help from a lady and she proclaims to become Sai’s surrogate. The latter gets excited and decides to surprise Virat. Where, Pakhi meets Virat and shares her disappointment towards Sai’s behaviour. She tries to gain his sympathy, but he supports his wife.

Now in the upcoming episode, Pakhi will get restless and tells Virat that she is eligible to carry his and Sai’s child. She will insist him to give a chance to her and cries in front of him.

She will hold his hand and begs him for his help, while he will get shocked by her act and tries to move away from her. At that time Sai will come there and gets furious seeing the scenario. She will confront Pakhi, while the latter will immediately leave Virat’s hand.

Will Sai be able to expose Pakhi?

Will Pakhi’s plan gets flopped?