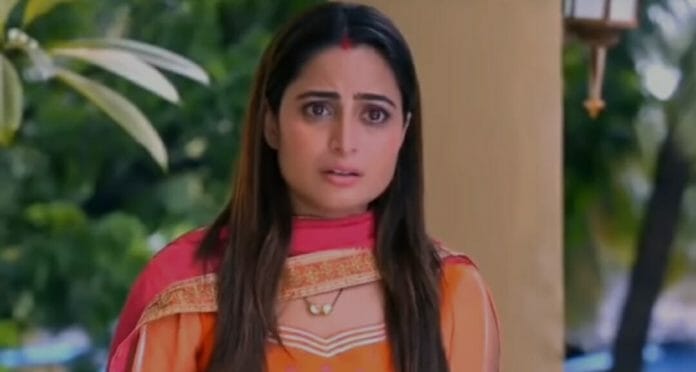 Star Plus popular daily soap Ghum Hai Kise Key Pyaar Meiin is unravelling lot many dramas with each passing day. The show is making the viewers curious, with its unpredictable storyline.

Previously, Sai gets shocked finding about Virat and Pakhi’s marriage. Whereas, Virat misunderstood Sai and Jagtap’s relationship. He got furious at the latter, while Sai hided her pain from others. Pakhi decided to confront Sai about her decision and got suspicious about Savi’s connection with Virat.

In the current track, Jagtap tries to console Sai but the latter warns him to stay out of her personal matter. He also shows his concern towards Savi, but she ignores him and ask to stay away from her family. He gets upset and leaves from there while Pakhi becomes restless to find about Sai and Jagtap’s relationship.

Here, Pakhi talks to Chavans but hides about Sai being alive. She assures them about Virat’s state while they keeps praying for the latter. Meanwhile, Bhavani scolds Harini fir her behavior, while Shivani advice her to think about Virat instead of anyone else.

Sonali talks about planning a surprise for Pakhi on her birthday, while Bhavani agrees to her idea. Meanwhile, Mohit questions her for hiding the truth from Chavans, to which she replies that first she wants to talk to Sai about the matter and then she will tell others about it.

Ahead, Virat gets furious recalling Sai and Jagtap. He gets flashes of Samrat’s death and decides to kill Jagtap. He gets furious and injures himself, while Pakhi tries to calm him down. Sai treats him while he questions about her bond with Jagtap, to which she ask him to stay away from her personal matter.

Pakhi also talks to Sai but the latter denies to tell anything about her life. She aak Pakhi not to cross her limit and proclaims that she is not at all interested in her or Virat and states that she expect the same from them.

Later, Sai gives therapy session to Vinayak and assures that soon he will get relief from his pain. Meanwhile, Pakhi talks to Savi and feels bad for the latter, as she doesn’t know about her father.

Now in the upcoming episode, Sai will face Pakhi and tells that she knows Virat won’t agree to get treatment from her, but will warn that it isn’t safe for him to travel so long in such state, as he is not well. At that time Virat will come there and tells Sai that she doesn’t need to care about his wounds as he is going back to his house along with his family.

He will hold Pakhi’s hand and drags her along with him, while the latter will look at Sai being stunned.

Will Chavans find about Sai’s existence?