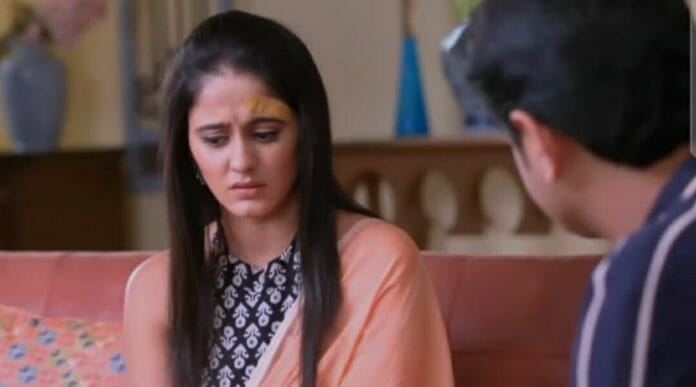 Star Plus popular daily soap Ghum Hai Kise Key Pyaar Meiin have garnered a huge amount of audience. The gripping storyline filled with twist and turns makes it engaging to the viewers. Previously, Sai saved Pakhi’s life while Virat expressed his gratitude towards the latter.

Meanwhile, Ashwini took a stand for Sai stating that she helped them to get Pakhi back, whereas Bhavani proclaimed that the latter got into trouble due to Sai only. Pakhi got disappointed with Virat’s actions and started avoiding him, while he begged her for forgiveness.

In the current track, Virat looks after Pakhi when she was unconscious while Sai assures him that the latter will recover soon. Pakhi wakes up and gets furious seeing Sai and Virat holding each other’s hand. She misunderstood them and recalls how he left her and saved Sai during the accident.

Here, Chavans gets elated upon seeing Pakhi’s recovery and becomes emotional. Vinayak along with Virat makes a promise to Pakhi that they will always support her, while he gives a cold shoulder to Virat.

Pakhi gets welcomed inside the Chavans house, while she denies to take Virat’s help while walking and ask him to stay away from her. She lashes out at him for forgetting all his promises towards her and saving Sai instead of her.

Ahead, Virat tries to clarify that he haven’t seen Pakhi in the bus, while she replies that he don’t even care about her. She winces in pain and goes to her room. He feels hurt seeing her state but ahe doesn’t let him help her.

Pakhi and Virat gets shocked seeing a single bed instead of two. Ashwini and Ninad tells them about their surprise and proclaims that they should start a new beginning of their married life. Pakhi ask Virat to bring back the old beds as she doesn’t want to share same bed with him.

Later, Sai tells the matter to Usha while the latter advice her to stay away from Virat and Pakhi’s life. Sai still calls Pakhi in order to give reply to her answer, but her cold behavior made Sai confused. Whereas, Pakhi declares in front of the family members that she doesn’t want to stay with Virat in the same room. Everyone gets shocked by her decision.

Now in the upcoming episode, Virat will sit alone while Ashwini comes towards him. She will say that she wanted him to sleep in her room, but she knows he won’t agree. He will proclaim that he can’t sleep, seeing Pakhi in such condition. Ashwini will tell that when 2 people gets tied into a relationship, then they develop feelings for one another, without even knowing about it. She will say that sometimes they have to express it, while Virat says that he doesn’t know what to do? Whereas, Sai will take a decision and says that finally she knows what she have to do. She will stand in front of Virat and smiles, while he looks confused.

Will Virat get Pakhi’s forgiveness?

Will Chavans be able to reunite Pakhi and Virat?