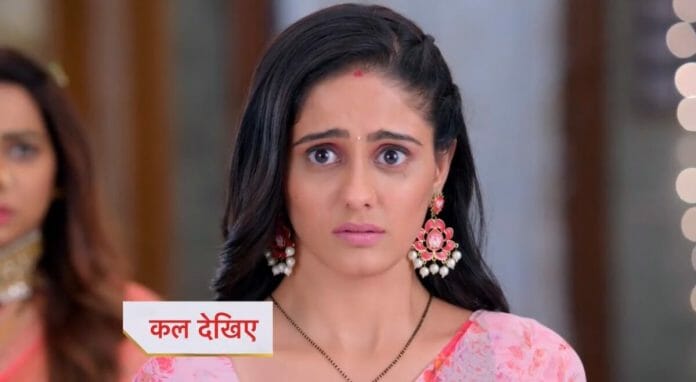 Ghum Hai Kisikey Pyaar Meiin is presently ruling our television screens. The show is doing extremely well. These days, the storyline of the show is focusing on Sai’s internship.

In the earlier episode, Virat lies to his family in order to hide the truth about Sai’s internship. Whereas, Dr. Thurat gets mad at Sai after seeing her bonding with her husband and keeps taunting on her personal life. Meanwhile, she takes a stand for herself and Virat. She requests Dr. Thurat to give her early leave, but instead he appointed her in the gynaecologist department and gives her the task to deliver a baby. Sai gets shocked by his behaviour, while he keeps finding ways to insult her.

Here, Sai gets a medium to talk to Virat and notify him about the matter. He encourages her and ask to perform her best. He assures to handle the situation. Meanwhile, Bhavani gets disappointed with Sai’s behaviour and asks Ashwini to contact them.

The guests also arrives at Chavans Niwas, while Pakhi taunts Bhavani for having high expectations from Sai. Whereas, the latter takes Pakhi’s help to serve the guests and asks her to keep them engaged.

Ahead, the guests starts getting restless as Sai doesn’t come, while Bhavani tries to make up some lies but fails miserably. The ladies gets infuriated and decides to leave, but Pakhi shows their gifts and stops them from leaving. Bhavani gets impressed by Pakhi’s idea.

Sai gets successful in completing her task and reported to Dr. Thurat but he confronts her about talking to Virat via video call and decides to punish her. She gets shocked and explains herself while he proclaims to teach her a lesson. Meanwhile, the ladies goes away being angry at Bhavani’s hospitality, whereas the latter gets furious at Sai.

Later, Virat and Sai gets into an argument about telling the truth to the family. Virat made up a lie to save Sai while his family gets worried for him, but Sai reveals the truth and notify everyone about her internship. Bhavani and others gets shocked by her revelation.

Now in the upcoming episode, Bhavani will get furious at Virat and scolds him for betraying her trust. He will tell that he have given a promise to Sai’s father and declares that she will surely become a doctor. Bhavani will slap Virat being infuriated, whereas Sai gets shocked. Bhavani will remove the thread from Sai’s hand, which she has tied and will declare that the latter doesn’t deserve it.

Will Virat and Sai be able to convince Bhavani?

Will Sai be able to impress Dr. Thurat?