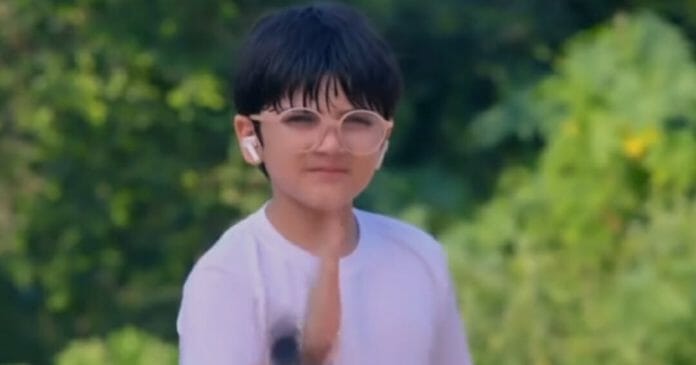 Star Plus show Ghum Hai Kisi key Pyaar Meiin is one of the most loved shows on Indian television. Right from the time of its inception, the show has been entertaining the masses. Previously, Vinayak started preparing for the race and determined to win it for Savi. Whereas, Virat coached Vinayak in order to make him win, so that Sai will go out of their life. Pakhi got tensed seeing Vinayak’s state after practicing, while Virat decided to take him to the police training camp for better coaching.

In the current track, Vinayak notify Savi about his practice and tells about going to the police training camp. She also gets excited and insists to go along with them. She requests Virat regarding it but the latter makes some excuses. He decides to keep Savi and Sai away from Vinayak, while the latter doesn’t get convinced.

Here, Savi makes a request to Sai and ask her to take her to the training camp. The latter understand about Virat’s thinking and scolds Savi asking her not to be stubborn. She then worries about Vinayak and decides to help him out.

Vinayak along with Virat and Pakhi goes for his training and Virat introduces him to his coach. The latter motivates Vinayak and assures that he will surely run as well as wins the race.

Ahead, Vinayak ask for Sai and states that only she can help him, while Pakhi insists him to give a chance to his coach. His training gets started and Virat cheers for him, while the coach ask Vinayak to run without his braces.

The coach then adds weight on Vinayak while Pakhi gets concerned for her son. Vinayak falls down and hisses in pain whole Pakhi gets tensed. The coach gives him a break and ask Pakhi not to interfere.

Later, Sai talks to Vinayak and teaches him how to run. She motivates him and he recalls his promise to Savi. He finally runs properly while everyone gets elated upon seeing him. Meanwhile, Pakhi confronts Sai and shows her gratitude towards the latter.

Will Vinayak be able to win the race?