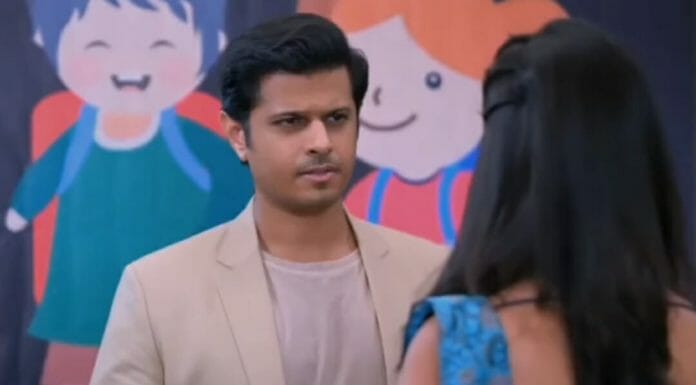 Previously, Virat taunted Sai for not providing best education to Savi, while the latter got furious and challenged him regarding clearing the interview. Whereas, Pakhi got disappointed with Virat’s decision and tried to stop him but he stayed firm on his statement.

In the current track, Sai complains to Usha about Virat’s thinking. She says that he doubts her skills and mocks her for not providing good education to Savi. She states that she has already given best knowledge to Savi and proclaims that her daughter can face the society on her own.

Here, Ninad and Ashwini gets excited thinking about Savi and Vinayak getting into the same school. They brings several gifts for Savi while Ninad says that he will do anything to get Savi admitted in the bestest school of Nagpur.

Bhavani makes fun of Savi and declares that she won’t be able to get the admission into such reputed school. Sonali also joins Bhavani and mocks Savi and Sai. Whereas, Ashwini and Ninad takes a stand for their granddaughter and ask Bhavani not to speak ill about her..

Ahead, Virat goes to the interview along with Savi and Sai. He becomes restless and motivates Savi to perform well. She assures him while Sai stays calm. The principal starts questioning Savi while the latter replies all the answers correctly.

The principal appreciates Savi and states that she can get admission in the same class as of Vinayak. Sai denies and tells that she doesn’t want her to get admission in that school. She proclaims that she wants to pay for her daughter’s fees on her own. Virat gets furious at Sai and tries to make her understand.

Later, Sai stays firm on her statement and states that she just wanted to prove him that Savi can clear any interview. Whereas, Sai reveals that she got Savi admitted in Virat’s school while he gets elated hearing it. Meanwhile, Virat reveals to Chavans about Savi clarifying the interview.