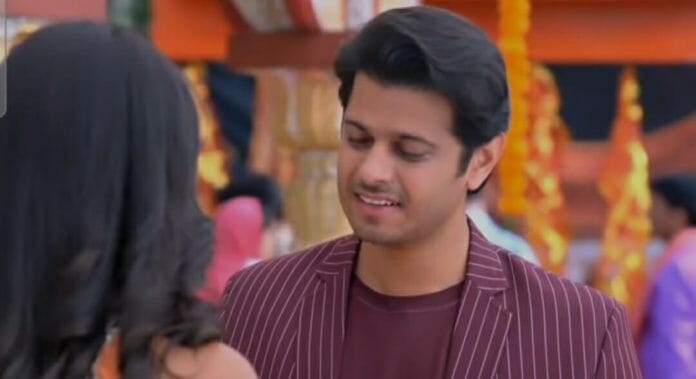 Star Plus popular serial Ghum Hai Kise Key Pyaar Meiin is an unique drama. The enthralling and fresh story of the serial is captivating the audiences. Previously, Sai took Jagtap’s help to find about Vinu’s truth. She learned that her son is alive and determined to find about his real identity. She faked a scenario in front of Virat to make him confess the truth.

He revealed about Vinayak being their biological son, while Sai got emotional recalling her moments with him. She then questioned Virat for hiding it from her while he replied about his worry regarding Pakhi. Sai lashed out at Virat and took Vinayak along with her without informing anyone.

In the current track, Pakhi gets worried as she couldn’t able to find Vinayak. She shares her tension with Virat and request him to find their son. He gets suspicious about Sai and starts tracking her. He checks all the bus stands thinking that she is trying to take Vinayak along with her.

Here, Virat traces her phone and reaches the restaurant in which she was enjoying her time with Vinayak and Savi. He confronts her while she lashes out at him for keeping her son away. She reminds him about her pain and scolds him for being insensitive towards her.

Virat takes them to Chavans house while Vinayak and Savi goes to see his project. The latter praises Vinayak’s talent. Meanwhile, Virat tries to make Sai understand that she have to hide the truth from others, as it can bring danger to Pakhi.

Ahead, Virat tells that Pakhi won’t be able to bear the truth as she is too attached with Vinayak. He tries to convince Sai but the latter says that he doesn’t care about her emotions. She reminds him about the past where he had chosen Pakhi over her.

Sai gives a warning to Virat and ask him to tell the truth to Chavans as soon as possible. Virat agrees to her but ask for some time. He says that he needs to make Pakhi understand.

Later, Bhavani and Pakhi comes there and lashes out at Sai for taking Vinayak along with her without informing them. They scolds her while she gets furious and proclaims that Vinayak is not Pakhi’s son.

Now in the upcoming episode, Sai will confront Virat and gives him 72 hours to tell his family that Vinayak is her son and doesn’t belong to him or Pakhi. She will proclaim that after 72 hours she will take Vinayak away from them and no one can stop her.

He will try to make her understand but she leaves from there. At that time Ashwini will come there being restless and tells Virat that Pakhi and Vinayak went somewhere and no one knows about there whereabouts. Virat will get shocked hearing about it.

Will Pakhi find about the truth?

Will Sai reveal the truth to Chavans?