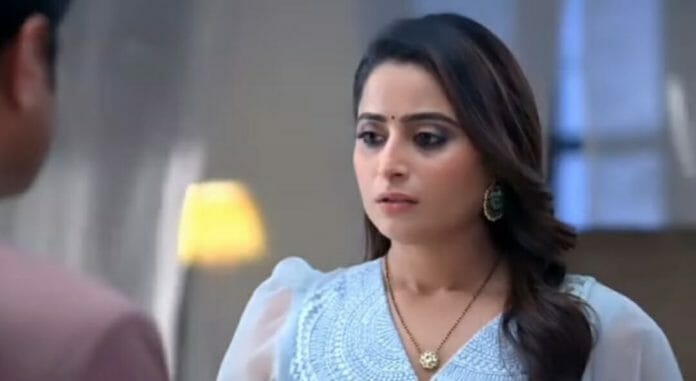 Star Plus popular daily soap Ghum Hai Kise Key Pyaar Meiin have garnered a huge amount of audience. The twist and turn in the storyline makes it engaging to the viewers. Previously, Sai lashed out at Virat for hiding the truth from her. She warned him not to interrupt in between her and Vinayak.

She picked Vinayak from school and spended a quality time with him. She became emotional recalling her moments with him, while Pakhi got furious at her for taking Vinayak without her permission.

Whereas, Karishma returned back to Chavans house and they apologised to her for their mistake. They also became shattered after finding about her miscarriage.

In the current track, Sai went to Vinayak’s school in order to help him rebuild his clay house. She apologises to him for breaking it mistakenly. She sits along with Vinayak and Savi and starts repairing the project. Vinayak gets happy seeing the end result and praises Sai.

Here, Pakhi comes to pick Vinayak and sees him along with Sai. She gets furious at the latter and advice her to spend her time with Savi instead of Vinayak. She also ask Sai to pay attention towards her daughter rather then Vinayak.

Sai gets restless in order to talk to Vinayak and calls him. He was painting his project with Pakhi and then sits along with his parents to click picture. Sai’s call disturbs their moment and Pakhi gets irked by her interference.

Ahead, Virat takes Pakhi to another room and tries to reveal the truth to her. At that time someone throws a letter to Pakhi and she even sees a shadow of an unknown person.

Pakhi tells Virat about the matter while he gets suspicious. He shows Vinu’s sweeter to Pakhi and reminds about him. The latter balmes Sai for the death of Vinu.

Later, Sai imagines her father who questions her that what Vinayak will go through after getting separated by Pakhi. Sai gets into turmoil but proclaims that she needs her son back.

Now in the upcoming episode, Vinayak will win an award and tells about it to his family. Pakhi and Sai along with Virat will get happy for him and starts clapping. Vinayak will say that he wants to dedicate his trophy to his mother. He will look at Sai and Pakhi, while they smiles and starts moving towards him. Virat will look at them and gets worried. He will think that he haven’t told Pakhi that Vinayak is Sai’s son and becomes tensed thinking that what he will do?

Will Pakhi be able to accept the truth?