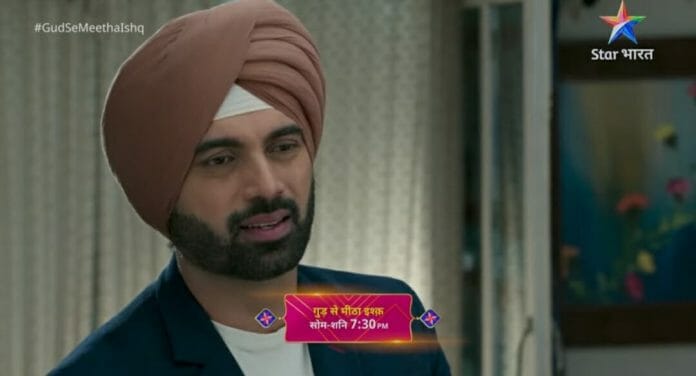 Gud Se Meetha Ishq depicts the rollercoaster journey of a young couple Neel and Kajal who got married in an unusual circumstance on Star Bharat and Hotstar. Currently we are seeing that Kajal keeps trust in Neel and comforts him. She stops Neel from kicking Pavitra out of Khurana house. Pari asks Dev to not meet Noor or Chandni.

In the previous episode, Kajal asked Neel to share his thoughts about the incident. Neel said that he slept on Pavitra’s bed whole night, he didn’t remember anything else. Neel added that he believed that nothing actually happened like Pavitra claimed.

Kajal kept her trust in Neel and said that she believed him more than herself. Neel asked how could Kajal trust him blindly. Kajal said that she had faith in Neel’s words. They got married long back but Neel never disrespected her or tried to take advantage of his rights.

She said that she believed Neel did nothing wrong with Pavitra when he didn’t even loved her. Neel said that Pavitra was deliberately trying to create rift between Neel and Kajal. He said that he would ask Pavitra to leave Khurana house.

Kajal asked him to not do that. Pari requested Dev to not meet Chandni and Noor ever. She said that if Dev doesn’t meet them there would not be any problem between her and Dev. Pari complained that Dev didn’t give her enough time at present.

In the upcoming episode, Pari asks Dev to return early in evening as it’s Dhruv’s birthday. Dev asks her to stay happy like this always as she looks good. Chandni mocks Dev and says that she can’t let Noor become friends with mad Pari.

Dev says that Pari is not mad but Chandni is mannerless. Noor informs Nimrit that her parents are fighting. Nimrit asks her to call police. Police arrive.

Will Dev, Pari be able to attend Dhruv’s birthday? Will police trouble Dev? Will Neel confront Pavitra? What will Pavitra do next?