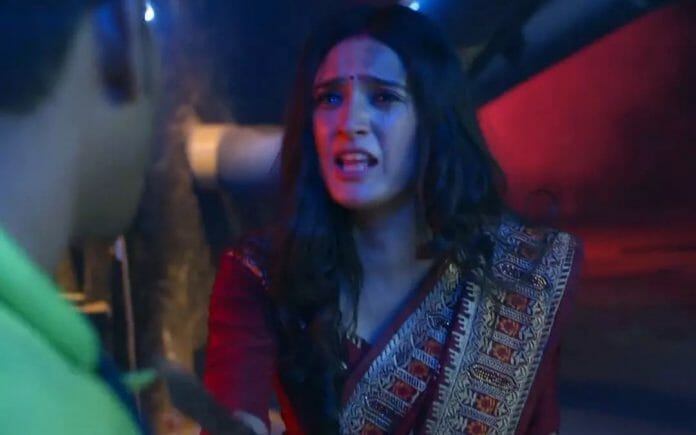 Star Bharat show ” Gud Se Meetha Ishq” is coming up with everything that the audiences are loving to see on their screen. In the current track, Kajal is trying her best to come out of the cage of human trafficking while Pari is trapped in the ploy of Bhoomi and she is unable to prove her innocence. While Dev is continuously defending Pari in front of her own family members, Kajal is also trying to do her best to come out of the trap of the lady and her gang.

In the current episode of the show, Kajal will bring all the ladies out of the room with the help of the lady reporter. On the other hand Dev promised the entire family that he will make Pari sing on the stage in front of everyone alone and she will give her first ever solo performance on stage. Pari will be surprised and thrilled to know this and Satyakam will encourage Pari and she gets happy with his behaviour and says you are such a sunshine of a person. Later Satyakam gets to know from Neil that Kajal is not staying with them in their house and not only that Neil has no idea where she is in a city like Delhi, he gets upset with him. He told him that you are not a bad person, that you have nothing wrong in your mind about anyone but you should understand that Kajal is not your special friend but she is your wife now. Neil felt guilty with the thought of Kajal not being safe.

In the upcoming episodes of the show, Neil and Satyakam will go searching for Kajal but to their disappointment, they will not get her in Karol bagh. Later Neil will spot Kajal but she will meet with an accident in front of the same.
For more updates about the show, keep watching the show.