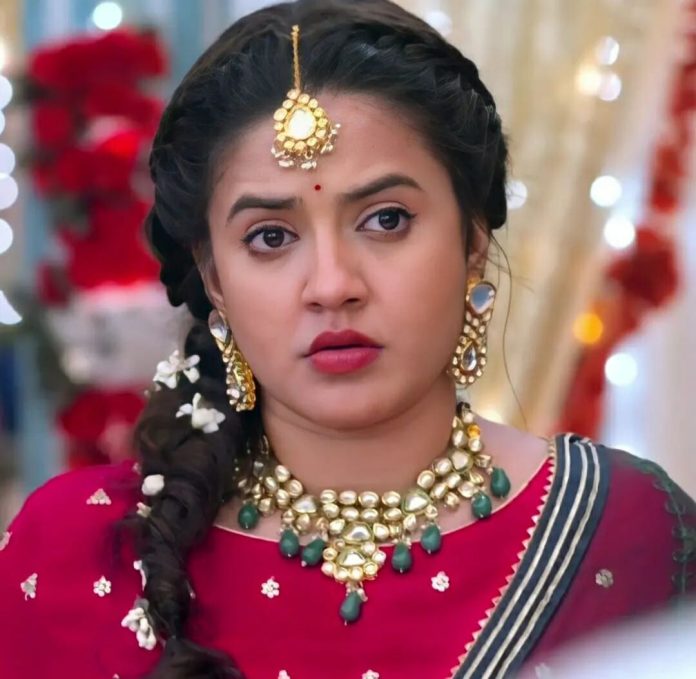 Gud Se Meetha Ishq depicts the rollercoaster journey of a young couple Neel and Kajal who got married in an unusual circumstance on Star Bharat and Hotstar. Currently we are seeing that Khuranas allow Kajal to stay at their home. Pari beat Kajal. Dev offers to marry Pari.

In the previous episode, Dev informed Khuranas that he had no problem in keeping Kajal at his house as he considered her as his sister. But society can misjudge them as he is bachelor.

Khuranas asked Kajal to stay at their home. Kajal said that if she stay there, she would take care of Pari. Khuranas agreed for it. Pari broke stuffs and cried in her room. Neel complimented Kajal about her Kajinder look.

He noticed sindoor in Kajal’s hairline. Kajal went to give juice to Pari but Pari blamed her for Madhur’s arrest and bit her badly. Khuranas and Dev tried to calm her down. Pari said that marriage is very important for her, she wanted to get married etc.

Dev gave words to Pari that he would marry her. Neel supported Dev and tried to convince his family that they cannot find better groom for Pari. Dev said that Pari’s decision would be final here. Khuranas enquired about Dev’s family and why don’t he stay with them. Dev revealed that he had a marriage in past.

In the upcoming episode, Nutan tells Pari that Dev will not return and she will stay alone. Neel tells Dev that if Pari can take her stands today, the credit goes to Dev. Dadi tells Pari that if she wants to stop Dev from going away she should marry him.