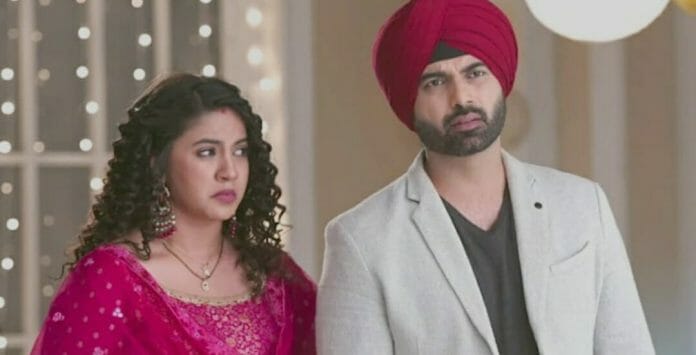 Gud Se Meetha Ishq depicts the rollercoaster journey of a young couple Neel and Kajal who got married in an unusual circumstance on Star Bharat and Hotstar. Currently we are seeing that Pavitra’s father visits Khurana house and surprises Pavitra. He fixes her meeting with Kabir for marriage. Chandni fumes in anger seeing Noor, Pari’s friendship.

In the previous episode, Neel, Kajal showed the shortlisted profiles to Pavitra. She delibaretly found faults in them and rejected all the profile. She said that she got tired and left. Kajal thought that there might be some way out to convince Pavitra. Pavitra’s father arrived at Khurana house and met her.

He said that he was happy after learning about Pavitra’s decision to move on. He thanked Neel, Kajal. He informed Pavitra that Kabir would come to meet her for marriage. Pavitra said if everything got finalized let’s fix the marriage. Kajal asked her to not take any decision in hurry. Pavitra met Kabir and his parents.

Kabir received a message on his phone and got shocked seeing Neel, Pavitra’s old pictures. Chandni fumes in anger seeing Noor, Pari’s friendship. Nimrit asked her to calm down and asked her to do something so that Dev could realise the difference between her and Pari.

In the upcoming episode, While playing Noor finds a gun. Pari asks her to put it down as it’s not safe. Noor says nothing will happen as the gun is not real. She fires and gets shot. Noor becomes unconscious. Dev comes there and sees gun in Pari’s hand.

Will Chandni accuse Pari? Will Kabir break his alliance with Pavitra?