Today’s episode starts with AJ’s mother saying she always knew Guddan can’t run away from her responsibility. Guddan gets happy. AJ gets upset. Guddan goes to AJ and confronts him. Later, AJ and Guddan decide to show Alisha right path. AJ goes to meet Alisha and apologies for hurting her. He further clears Alisha that he didn’t doubt her but he was doubting Saraswati because before also she attempted to destroy family’s peace. AJ about to bless Alisha but Alisha gets angry on him.

AJ about to reveal Antra’s truth to Alisha but Guddan interrupts the duo. Guddan says to Alisha that AJ was just about to tell her that Antra hid her truth to AJ. Alisha insults AJ and Guddan and ask them to go out from the room. AJ goes out and Guddan stays back to talk with Alisha. Alish gets angry on Guddan and pushes her out from her room.

Later, AJ ask Guddan why she stopped him from telling truth to Alisha. Guddan says because she wants to tell by herself. The duo talks with each other. Next Guddan ask AJ to promise her that he will support her in changing Alisha for good. AJ ask Guddan first to promise him that she will not blame herself for Antra’s death. Guddan promised AJ and further, she thinks to make Alisha’s first day memorable in the house.

Here, Saraswati brings milk for Alisha. Alisha ask Sarawati not get out from her room and never bring milk for her again, as it reminds her of her jail’s day. Alisha thinks to snatch Jindal family peace on her first day at the house.

Guddan prepares good food for Alisha. Aj’s mother praises Guddan. Alisha comes and taunts Guddan. Guddan thinks that she will try her best to give all the love and happiness to Alisha so that her hatred can change into love for the family. (Episode Ends) 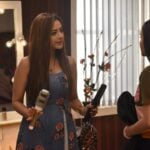 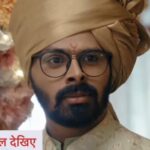