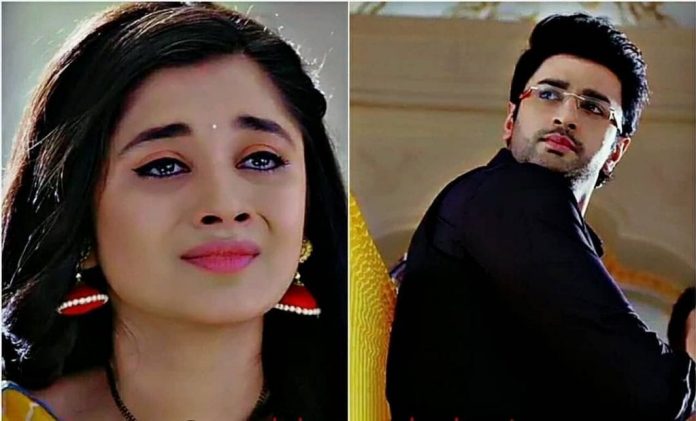 Today’s episode starts with Guddan ask AJ to have food. AJ asks Guddan not to show fake concern. Guddan asks AJ to tell the truth. Revti comes from behind and says to AJ not to hide the truth. AJ stares at Revti and further shouts at Guddan and asks her to leave, as he hates her. Guddan goes away and Revti praises Akshat for his acting. Revti says to AJ that he is in jail and now anything can happen to Guddan. AJ threatens Revti and says he will kill her if anything happens to Guddan.

Revti goes back to home and ask Perv why he didn’t tell her about the recording and slits his hand with the knife when Perv has given a befitted reply to her. She further threatens Perv and reveals to him that she killed Antra. Perv stands shocked.

Guddan comes back home and Aj’s mother questions Guddan about the AJ act. Guddan vows in front of her mother-in-law that within 24hrs she will find out the truth and will bring Akshat back.

In the morning Aj’s mother gets a call and gets shocked. Durga takes the call and tells to everyone that Antra is saved. Revti stands shocked hearing the news. There, Guddan reveals her plan to AJ and says today she will expose the real culprit. AJ worries about Guddan’s safety and thinks of a plan to stop Guddan.

Here, Revti gets happy thinking now she will kill Antra by her own hands. Perv comes from behind and puts Revti on gunpoint. He tries to threaten Revti but she beats Perv back.

AJ worries for Guddan’s safety and decides to tell Revti the truth but he gets shocked learning that Revti and Guddan both are not at home. AJ calls Guddan and asks her to back off but Guddan gets adamant to find the truth at any cost. AJ thinks Guddan has gone very far in search of the truth. (Episode Ends)