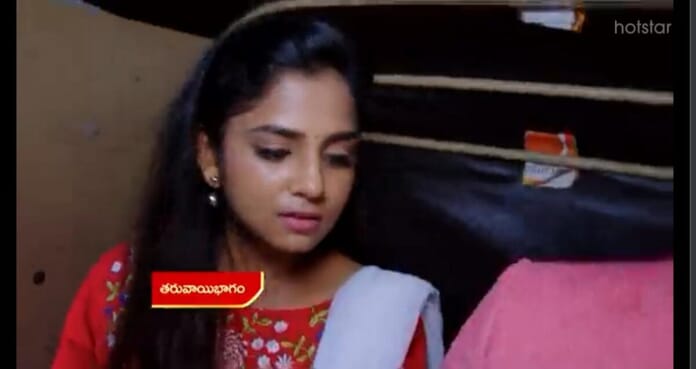 As Reported Earlier we saw Vasudhara opening the door to see Rishi standing. He asks her to go with him. Jagathi comes there. Vasudhara asks him where. He tells her that he has got a place for their mission education and he wants her to visit with him. She looks at him. He says to Jagathi that may be she won’t come with him if she doesn’t permit her and asks her whether he should send her an email. Vasudhara is with him in the car and asks him whether he really got a spot to which he questions her whether she thinks that he made up an excuse making her blush a little.

In the Upcoming episodes we will get to see Rishi and Vasudhara travelling in a auto and she falls on him on every break. She asks him whether he is uncomfortable and says that why did he come here when she denied. He asks her why would he be uncomfortable when she is not and tells her that there is nothing wrong in coming with her. They both get down from the auto. Devayani looks at them and gets Agitated. She thinks that neither Vasudhara nor Jagathi is leaving him alone and thinks that they will definitely end up doing something.

When will Rishi and Vasudhara realise this Love for each other? Will Vasudhara be able to bring Rishi and Jagathi closer? Will Rishi confess his Love to her?