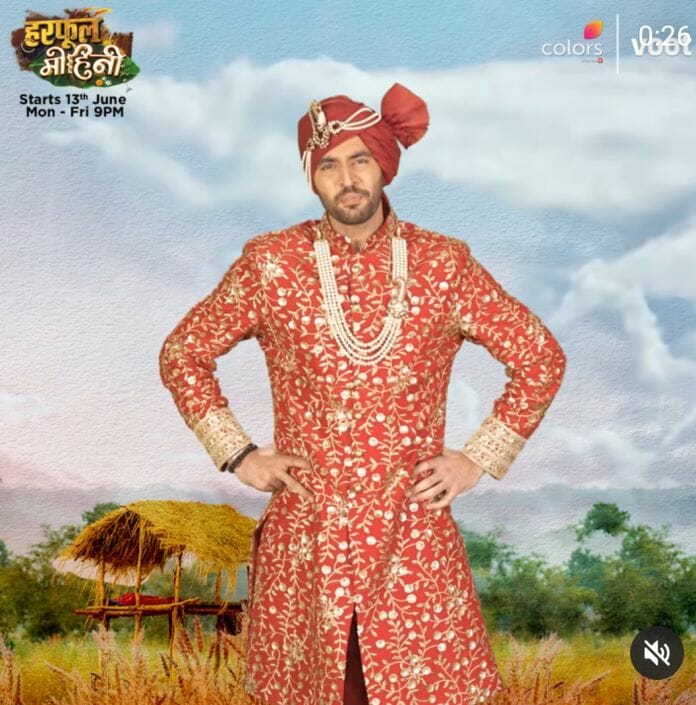 Episode begins with one lady enters Harphoul’s house. Mohini gets confused looking at her. That lady’s maids keeps a chair in front of Mohini. That lady sits on that chair. Shalini greets her. That lady Devyani says that she is chief guest of all the ‘muk dikhayi’ ceremony which happens in this village. Mohini greets her by calling her name. Devyani says that seems like Mohini don’t know to respect elders. She insults Mohini by talking about her colour. Mohini asks Devyani that why the latter has problem with her colour. She says that God only made both of them. She gives a befitting reply to her.

Devyani calls her as Madarasi. Mohini tells her that she is Malayali not Madarasi. Devyani tells her that both same for her. Mohini explains that how both are different. Maai claps. She says that she made mistake by trusting Shalini. She adds that Mohini does not need her help. She tells few guys to keep the things which she brought for toilet. Guests gets confused seeing those things. Maai explains them.

On the other hand, Harphoul tells his friends that he will be fine after seeing his land. He says that Balwant will do something for revenge. He asks his friends to stay alert.

Devyani says that she is not able to believe that Harphoul agreed for this condition. Mohini asks her that why the latter has problem with this. She tells guests that women takes care of everyone and they should stay healthy. And toilet is basic need for everyone. Devyani taunts her. Maai reminds her that the latter’s house also have toilet. Everyone moves from there. Mohini says that they can ask her if they want to build toilet in their house then. Maai tells Mohini to not worry about anything because they will do what they wants to do.

Harphoul gets shocked seeing Balwant’s board on his land. He says that he has to kill Balwant. He removes the board. His friends tells him that the latter bleeding. He drags the board to Balwant’s house.

Mohini returns Maai’s duppata to her. Maai asks her that if the latter did not liked it. Mohini tells her that this duppata must be special for her that’s why she is returning it. Maai says that she is happy that the latter gave a befitting reply to Devyani. She tells her to keep the duppata with her.

Santok takes Maai aside and tells her everything. Maai says that she won’t leave Balwant. She asks Mohini to not come out of the house. She locks the door from outside and she leaves the house with Santok. Harphoul throws the board in front of Balwant. Tauji hides seeing Harphoul. Harphoul yells at Balwant for keeping a board on his land. He reminds him that he won the challenge. Balwant tries to hurt Harphoul’s hand but Maai stops him. Meanwhile, Mohini feels like Maai and Harphoul hiding something from her.

Precap – Balwant tells Harphoul that accidents are common in their village so anything can happen to Mohini.