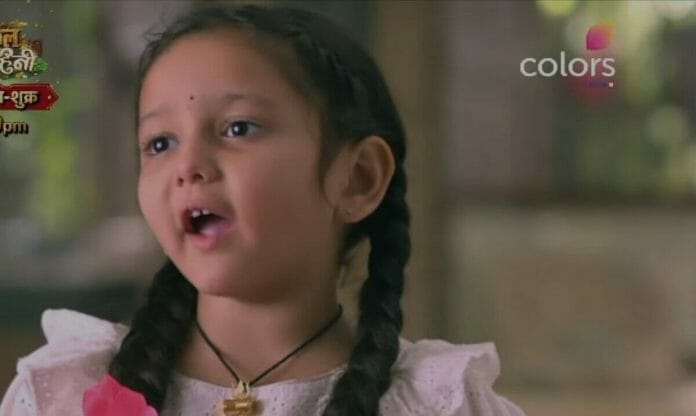 Shagun Sharma and Zebby Singh starrer Colors show Harphoul Mohini never failed to engage audience with its gripping storyline. This is the story of Malayali girl Mohini and Haryanvi boy Harphoul. Now, Harphoul abandon Devi so it will be interesting to watch that what going to happen in the future episode.

Earlier it’s seen that, Balwant got ready to leave for Harphoul’s house to see Devi. Devi said that she want to play with Santok. So Santok told her that with his broken leg he can’t play with her even though he want to play with her. She motivated him saying that he will be fine soon. She chanted hanuman chalisa. Maai thought she should not have suspected Devi.

Devi asked for milk. Maai ordered Harphoul to buy milk. Devi wanted to see the village. So Maai told Harphoul to take Devi with him. Harphoul left the house with Devi. Balwant entered Harphoul’s house. He said that it don’t look like Mohini telling the truth about her operation so she should prove it by showing her scar.

In the upcoming episode, Harphoul will ask Devi to not get off the bus. He will think that if he is doing anything wrong. Later, Devi will get off the bus and search Harphoul. Balwant will see her and he try to kill her.

What will happen to Devi? Will Harphoul return?