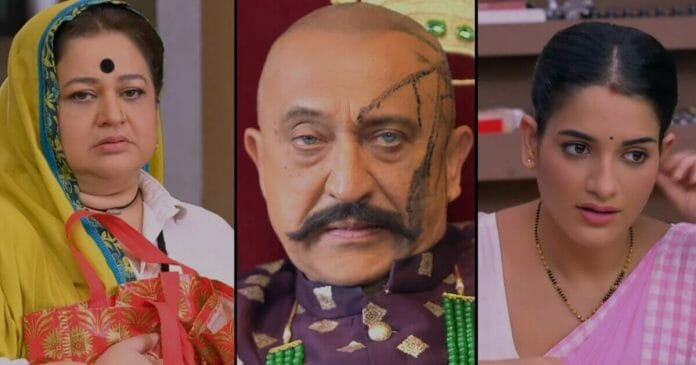 Shagun Sharma and Zebby Singh starrer Colors show Harphoul Mohini never failed to engage audience with its gripping storyline. This is the story of Malayali girl Mohini and Haryanvi boy Harphoul. Now, Devyani failed to stop the inauguration ceremony of the dispensary so it will be interesting to watch that what going to happen in the future episodes.

He asked Banwari to find out that who told SP that he hided papers under the mud. He told him to find out that if any papers against him exists in the dispensary or not. Next day, Harphoul dropped Mohini at the dispensary. He gave her curd with sugar because it’s her first day at job. She got emotional. She asked for something special. Harphoul talked to his friends about kabadi practice.

Mohini asked God to help her to fulfill her responsibility. One man entered the dispensary and started searching it saying that he wants wasted things. Mohini told him that she throw them away already. He continued his search and Harphoul send him away.

That man informed everything to Banwari. Banwari informed Balwant that no papers exists against him. Meanwhile, Abhimanyu gave few papers to Maai saying that Mohini found them when cleaning the dispensary.

In the upcoming episode, Harphoul will tell Mohini that nothing matters for him than Maai happiness. He will tell her that he likes everything about her and move towards her face.

Other side, Bhai ji will call Balwant and tell him that he will bail him out but Balwant has to prove his worth after getting out. Balwant will tell him that Mohini will end her relationship with Harphoul.

What Balwant will do now? Will Harphoul kiss Mohini?