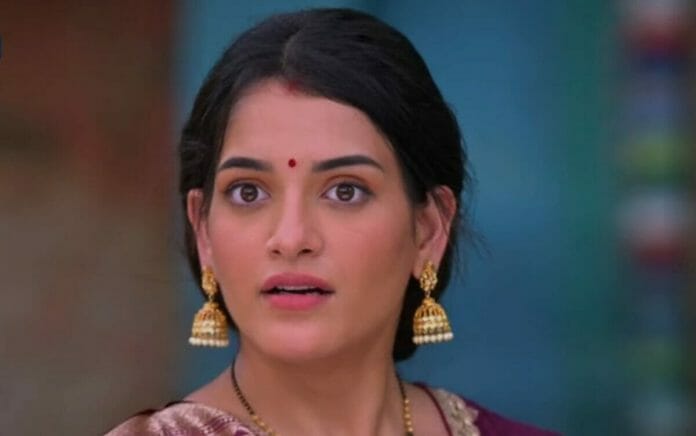 Shagun Sharma and Zebby Singh starrer Colors show Harphoul Mohini never failed to engage audience with its gripping storyline. This is the story of Malayali girl Mohini and Haryanvi boy Harphoul. Now, Mohini decided to participate in the best daughter-in-law competition so it will be interesting to watch that what going to happen in the future episodes.

Ganga scolded her for talking too much. Santok asked Ganga to not misunderstand Mohini. He and Mohini carried the vegetables bag together. Balwant told Sarpanch that now no one would think about dispensary. He said that if everyone is satisfied with mobile dispensary then Mohini can’t do anything.

Shalini said that Mohini talking about opening dispensary to escape from household chores. Mohini went to her room and she found knives in her bag. Harphoul asked Santok to save Shalini. Mohini entered the kitchen with knives. Shalini got afraid seeing that. She apologized to her and she praised her.

Mohini told her that she will show what she can do. She cut vegetables fastly and beautifully. Everyone got impressed seeing that. Maai told Mohini that the latter can save a person’s life so it does not matter if she don’t know cooking.

She called Sharda but the latter disconnected the call seeing Balwant. Balwant beat Sharda up for going against him. He asked her if she recalled her child, hearing about dispensary news.

Will Mohini tell the reason to Ganga? What happened to Sharda’s child?