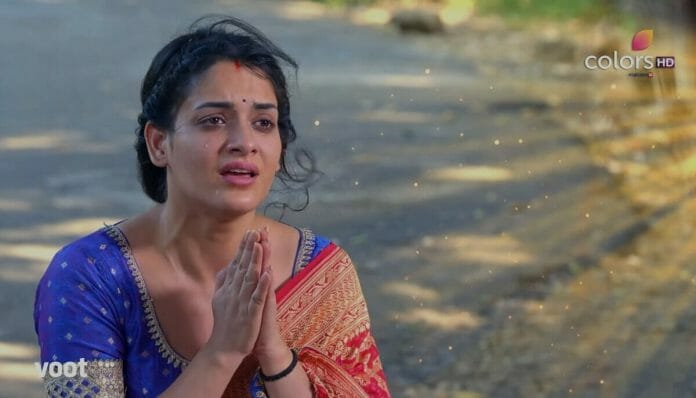 Shagun Sharma and Zebby Singh starrer Colors show Harphoul Mohini never failed to engage audience with its gripping storyline. This is the story of Malayali girl Mohini and Haryanvi boy Harphoul. Now, Mohini and Harphoul enters Nakroli with kid so it will be interesting to watch that what going to happen in the future episode.

She wondered that why she felt motherly feeling towards this watermelon. She saw a temple tree. She kept the watermelon before it. She asked that why she is punished like this. Goddess made her see the wrong deeds which happened in the secret room of Balwant’s house. Mohini learnt that she has been choosed to destroy the evil.

Watermelon changed into a girl kid. Harphoul and Mohini got shocked seeing that. That girl kid asked for milk from Mohini. Harphoul tried to take Mohini from there. Mohini told him that she gave birth to that watermelon. She said that they have to take the kid to Nakroli. But he opposed her. She said that she won’t go with Harphoul without a kid.

Will Harphoul accept the girl as his daughter? Why Harphoul agreed to bring the girl to Nakroli?