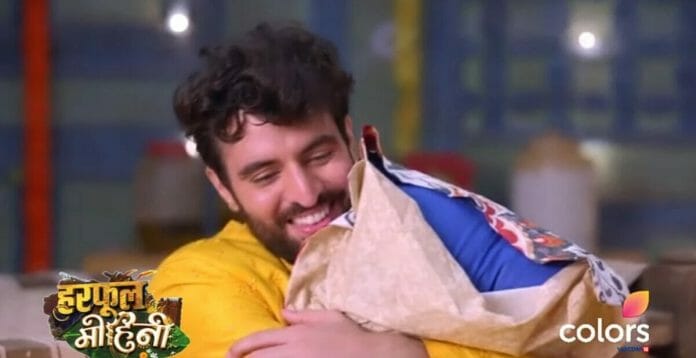 Shagun Sharma and Zebby Singh starrer Colors show Harphoul Mohini never failed to engage audience with its gripping storyline. This is the story of Malayali girl Mohini and Haryanvi boy Harphoul. Now, Balwant decides to separate Harphoul and Mohini so it will be interesting to watch that what going to happen in the future episodes.

Earlier it’s seen that, Meenu teased saying that Mohini is in love. But Mohini opposed her. Meenu told her about three love signs to confirm that if the latter is in love or not. Harphoul told his friends that he gets excited seeing Mohini. His friends told him about love signs too.

Abhimanyu told Harphoul to tell Mohini that the latter married her to save his land. Harphoul told him that he can’t break Mohini’s heart by revealing the truth. Maai got worried thinking about Balwant’s threat. She asked God to protect Harphoul and Mohini’s relationship.

SP put Balwant behind bars. Harphoul and Mohini wanted to spend time with each other to test first sign of love. Mohini learnt that mosquitoes biting Harphoul so she told him to sleep in the room. He got happy hearing her. They slept on the bed.

Maai hallucinated Harveer and Balwant. She told herself that she won’t let Harphoul and Mohini get separated. Next day, Mohini cooked and left for kitty party without seeing Harphoul. Harphoul learnt that Mohini left to Meenu’s house. He tthought this is the right chance to know that Mohini’s absence affects him or not.

What will be Balwant’s plan? Will Maai be able to protect Harphoul and Mohini’s relationship?