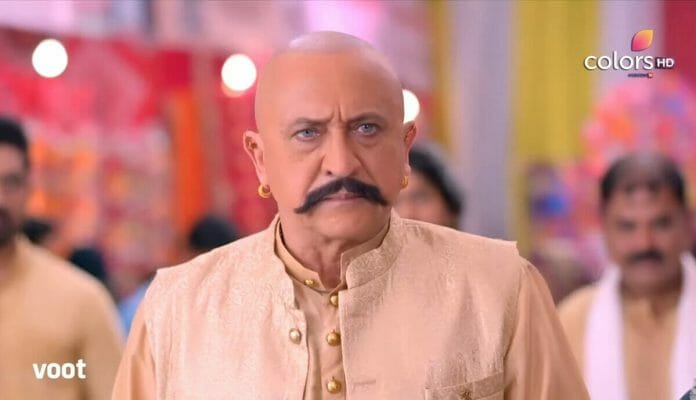 Shagun Sharma and Zebby Singh starrer Colors show Harphoul Mohini never failed to engage audience with its gripping storyline. This is the story of Malayali girl Mohini and Haryanvi boy Harphoul. Now, Balwant announced a competition to distract Mohini so it will be interesting to watch that what going to happen in the future episodes.

He told Banwari that he wants petition paper. Maai told Mohini and Shalini to complete their fasting. Mohini went to Harphoul with food plate. She told him that she brought extra food for him. She asked him that why he kept fasting.

He told her that to win the challenge he kept fasting. Sharda tried to talk to Maai but Devyani took Sharda from there. Maai told about Sharda’s actions to Mohini. Mohini recalled that how Sharda reacted seeing the petition paper.

Later, Balwant met head of the village and others. He told them that Mohini planning to open dispensary in the village. He reminded them that they are getting the money from government for dispensary already.

And if government get to know that there is no dispensary in the village then they will end up in jail. Mohini told Harphoul that she will learn to cook Haryanvi food without his help.

In the upcoming episode, Harphoul will tell Mohini that everyone preparing for the competition but she don’t even know the names of vegetables. She will ask him that why he underestimate her always.