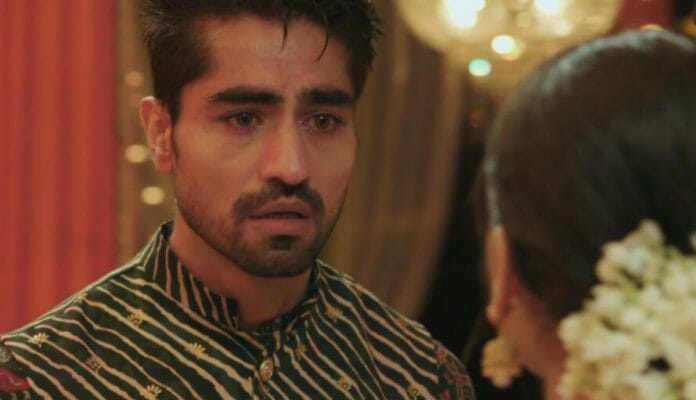 Actor Harshad Chopda can emote lots of emotion with his eyes and it is evident. More than dialogues and action, his talkative eyes speaks louder. He is currently nailing the character of Abhimanyu Birla. Many times he has been praised for having an expressive eyes and using it to the best in his acting.

Not every actor can play with their eyes. But Chopda is an exceptional actor whose gaze makes fans to go weak on their knees. Talking about his current show ‘Yeh Rishta Kya Kehlata Hai’, hunk has used his eyes to express Abhimanyu’s emotions. Eyes are said to be a medium of expression and splendor, only Abhimanyu Birla can skips the beat with his beautiful buttons.

Akshara and Abhimanyu’s face-off was the most awaited moment. The way Abhimanyu’s eyes spoken to Akshara after one year; fans failed to resist themselves from praising Harshad’s expression:

HIS EYES ARE SO BEAUTIFUL i love this man sm. #yrkkh • #abhira • #HarshadChodpa

Damn his screen presence is sooo strong, can’t even blink my eyes to miss his single expression HARSHAD the actor u r#Harshadchopda #Abhimanyubirla #yrkkh

Harshad in emotional scenes is beyond perfection..he’s so raw and real..its heartbreaking .. No one is doing it like him!! This man keeps raising the bar everyday.What an actor he is!!!! |#yrkkh #HarshadChopda #AbhimamyuBirla|

Harshad Chopda is known for his hazel brown eyes. Fans are fan of his eyes separately.

Most recently, Harshad’s current co-star Pranali Rathod praise his eyes when in an interview with the leading daily she was asked to tell what she like the most about him. Pranali quoted ‘Harshad Chopda has a pretty eyes’. Undeniably, Harshad can play and kill with his eyes.