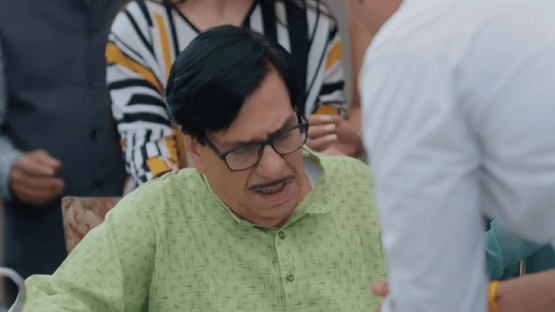 Anuj and Anupama is happily celebrating their pre-wedding ritual. The twist will hit the show as soon Hasmuk’s health will be worsen. He will suffer a heart attack. Shah family will get shocked. Will Hasmuk survive or there is more to the story. What Anupama will do to save Hasmuk, to know more keep watching the show mon-sat on Star Plus and Hotstar.

Anuj assures Vanraj that he can be a friend or guide to Samar, Partiosh and Pakhi but he can’t be their father. He adds he won’t be his children father but Anupama will always be their mother. Anuj alerts Vanraj never ever thought to separate Anupama from her children. Vanraj asks Anuj if he does the same. Anuj says than he will forget his promise to him and will end up becoming Samar, Pakhi and Paritosh’s father. Vanraj stands mum.