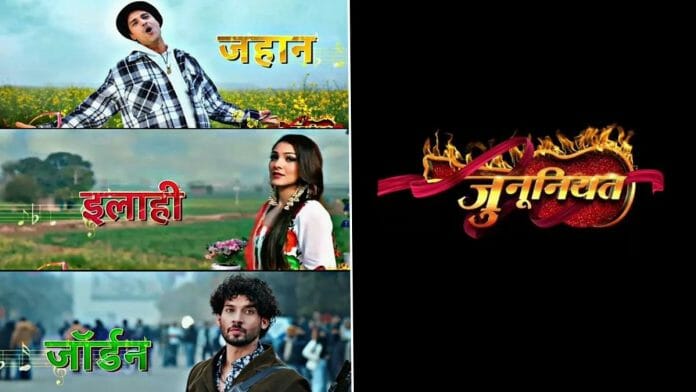 After Ishq Mei Ghayal- show #Junooniyatt is teasing audience with its storyline. In the uploaded promo, the story and dream of three individual Jordan, Jahan and Elahi is attracting the viewers. Show already left a lasting impression with its teaser. Fans watching the rocking promo on loop.

The promo of the show has introduced Jahan, Jordan and Elahi’s story. Three of them want to become the voice of India to meet their dream.

Ravi Dubey and Sargun Mehta’s produced #Junooniyatt holds many points to attract the viewers. Here we are listing all the best reasons to watch the show:

A great actor and knows well to bring the best emotion out. Ankit recently earned a huge popularity with his stint in Bigg boss 16. He was already a popular star for his performance in Udaariyaan. Ankit’s celebrate a huge fanbase. No sooner his character in Junooniyatt was introduced, Ankit’s fan showered love for the hunk. Few also wish be makes a comeback in bigg boss 16.

Jahan will be another hit character after Fateh. Don’t miss watching Junooniyatt.

Actor Gautam Vig who already rose to fame playing the character in Saath Nibahana Saathiya will be seen as Jordan in the upcoming show. He will be a rockstar too. Gautam’s stint in bigg boss 16 made him one of the popular TV hunk. He introduced his character in Junooniyatt. Jordan will surely impress audience.

Actress Neha will be seen playing Elahi’s character. Elahi dream to become voice of India to get back her mother.

Let’s see what more you add

Keep watching this space for latest TV news and updates