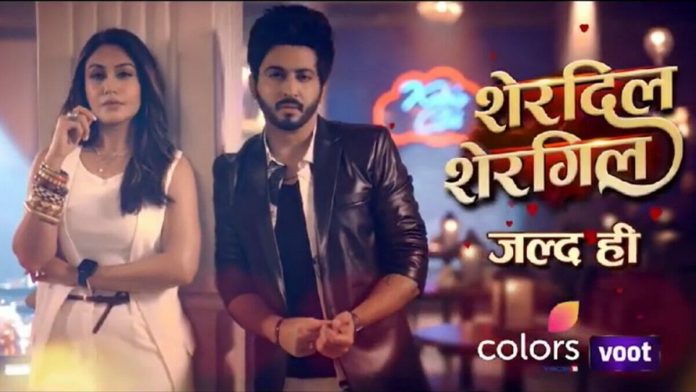 Colors upcoming show Sherdil Shergill was in the news ever since Dheeraj Dhoopar and Surbhi Chandna were locked in for the show. This hot pair was dream team for millions out there. Finally ITV is going to see two stars sharing the same frame.

Dheeraj and Surbhi both ace their character, and their past work is the fact. In the upcoming they will surely rock audience heart with their graceful performance.

Handsome Dheeraj was last seen in Kundali Bhagya. He gave his good 5 years to the show. His screen presence as Karan Luthra earned him worldwide popularity. He rose to fame playing the character of Prem in Sasural Simar Ka. Dheeraj made his place in the industry. Kundali Bhagya surely added credit to his acting career. Today he wins heart for not being only an actor but his fitness and styling has earned separate fan base.

In Sherdil Shergill, he is all set to make another hit by playing the character of RajKumar Yadav. This year he will also flaunt his dancing move in colors dance reality show ‘Jhalak Dhikhla Jaa 10’.

Coming to Surbhi Chandna, actress is no less. Her acting skills are matchless to other actors out there. She impressed everyone by playing the character of Anika. In Naagin 5 she aced Bani. And now Surbhi is all set to awestruck everyone by portraying Manmeet in Sherdil Shergil. Her first look is ‘dhakad’, fearless Surbhi is always a treat to watch.

The first look is impressive. Dheeraj and Surbhi as lead is another reason for fans excitement. They can’t wait more for tashan filled episode of Raj and Manmeet. In the released teaser, Raj talks how his father is proud to give birth to a son. Manmeet counters Raj and replies daughter too completes the family. The show seems to talk about equality. It will be interesting to watch how Raj and Manmeet’s love story will start despite their different perception.

Hastag Sherdil Shergill is already trending. Share with us what more you expect from the upcoming show. The comment box is all yours.