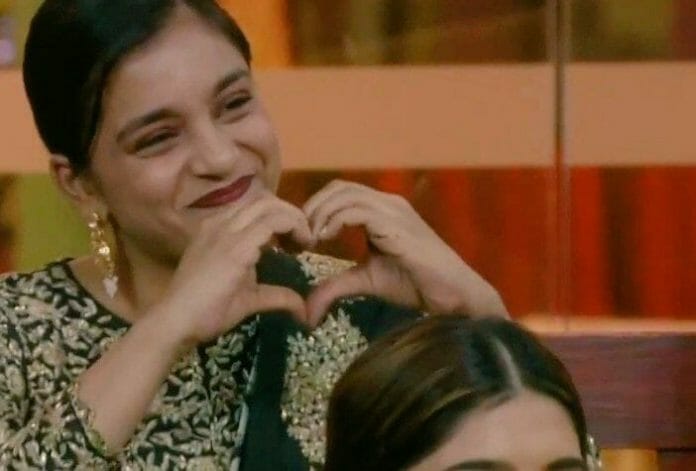 Sumbul Touqeer has been getting a lot of support from her fans after superstar host of Bigg Boss Salman Khan told her that she is obsessed with Shalin Bhanot.  Sumbul has been facing a lot of negativity after she held Shalin in a fight with MC Stan, many called her a joker. But the Imlie famed actress’ fans are sympathising with the fact that she had a panic attack that nobody noticed it.  People are purposely trying to make an angle with Shalin despite of her saying NO.

In today’s episode with Salman Khan in Weekend Ka Vaar, the young actor defended herself and clearly admitted she has no feeling for Shalin. When asked by Salman Khan Sumbul says,”I did what I felt right at the moment, all the other people in the house are misjudging. I always feel very protective about those whom I consider my friends. And I did exactly that for Shalin.”

In today’s episode Sumbul looked extremely helpless emotional but at the same-time she tried to prove her point in front of Salman Khan and the other inmates. She kept talking about her innocence and expressed that she was genuinely concerned for Shalin and hence got panicked. We just hope and wish that here onwards Sumbul plays more rationally. Her fans are biggest supporters and they understand her very well.