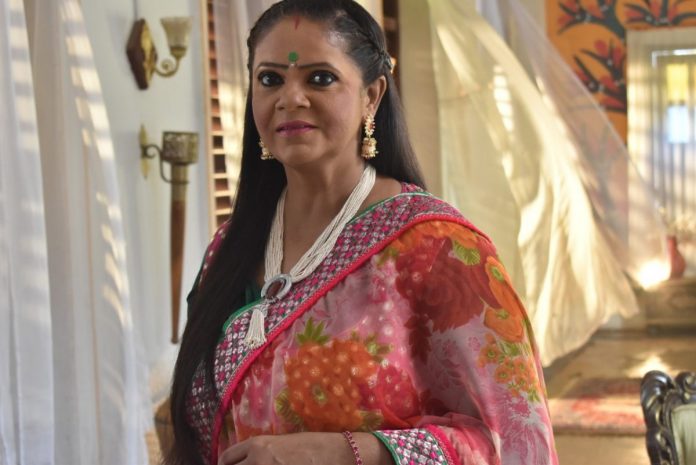 In the scene, Kokilaben is seen scolding her daughters-in-law Gopi Bahu and Rashi for putting a “khaali” or empty cooker on the gas. Interestingly the social media is going ga ga on this rendition and have loved it. Rupal who is not on social media got to know when someone actually forwarded her the video.

Rupal says,”I was pleasantly surprised and also shocked I could never imagine that my dialogues can turn into a rap song. Since yesterday I have been getting so many warm and appreciative messages. Fans, friends and family members have been calling and congratulating me. Even Smriti Irani shared the music video on her social media. What else can I say? I am humbled and honoured. Grateful to almighty and also Star Plus for giving me this opportunity.”

Rupal also managed to find out Yashraj’s contact and spoke to him. She adds,”I spoke to Yashraj and thanked him. He has utilised his creativity nicely and that made this song viral. No doubt Kokila Modi is an iconic character but now this rap song will make her more memorable in people’s hearts.”

Rupal is also excited to resume her work in Yeh Rishte Hai Pyar Ke as Meenakshi Rajvansh. She says,”I am happy to be back on the set of YRHP, I have missed the show a lot. But always confident that one day we will be back and continue to entertain our viewers again. It is fantastic to work with Rajan Shahi and Director’s Kut”