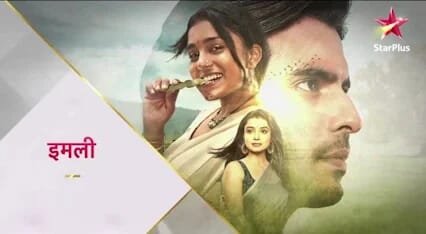 The episode starts with Rupy asking Malini what is she doing in her room. Malini lies that she is searching for antacid. Rupy suggests her to go to see the doctor but Malini says she is feeling weak. Rupy searches for the keys but doesn’t find that. Malini leaves and sees the keys. She smirks saying now Rupy won’t get the keys and the phone won’t be repaired. Aditya talks to the interns and he stops Imlie at last. He tries to talk to her regarding the morning aarti. But Imlie says she is trying to stay without taking his support. So he should not interfere in her life. Aditya again asks her about her new friend and Imlie gets angry. She says she won’t give any explanations to him.

Narmada invites girls for the party and Arpita assures her she invited everyone already and now Aryan just will choose the right girl. Narmada hopes that Aryan will get his life partner very soon. Other interns force Imlie to watch movie but she says she will work in office. Aditya tells her to not stay in the office for late night. Imlie tells him not to show concern. Others are working too not just she. Aditya says he will wait for her and then will drop her in hostel. Imlie remains adamant and he sees Aryan and says he won’t wait for her to return in his life. He has no hopes now. He leaves in anger. Aryan sees Imlie and calls her in his cabin. He asks her why she is not going home. She is about to reply but Arpita calls Aryan. She scolds him for not coming back home. Aryan feels embarrassed and Imlie controls her laughter. Imlie tells Aryan to go back home as he is lucky someone is waiting for him. He should not leave their side ever. Aryan tells her to stop lecturing. Later he leaves the office and Imlie sleeps under the desk.

Anu talks to Malini about Imlie. Malini says now Imlie is staying in office and she took her revenge. Anu says Imlie is still enjoying as Malini couldn’t get Aditya. She tells Malini to snatch Imlie’s job too so that she suffers the most.

Aryan on his way back home gets Malini’s call. Malini makes an anonymous call and lies to him that his office caught fire and she is trying to call the fire brigade. Aryan goes back to office in hurry and there Imlie feels cold and lights a candle. Aryan sees everything is fine and someone wasted his time. Malini drinks alcohol with Anu to celebrate as Aryan will fire Imlie. Aryan sees the candle flame and enters the office thinking a thief has entered. He sees Imlie is sleeping and looks at her. Imlie screams seeing him. Aryan tries to call the police and Imlie lies saying she is saving time. Aryan doesn’t believe her. Imlie reveals Warden threw her out. Aryan says he can’t believe there’s noone in the city for her. He tells her to fight for herself but she can’t stay in his office. Imlie leaves immediately after taking her belongings. She tries to drink water but he takes the bottle. She leaves.

Precap – Imlie sleeps outside on a chair. Some thugs tease her.