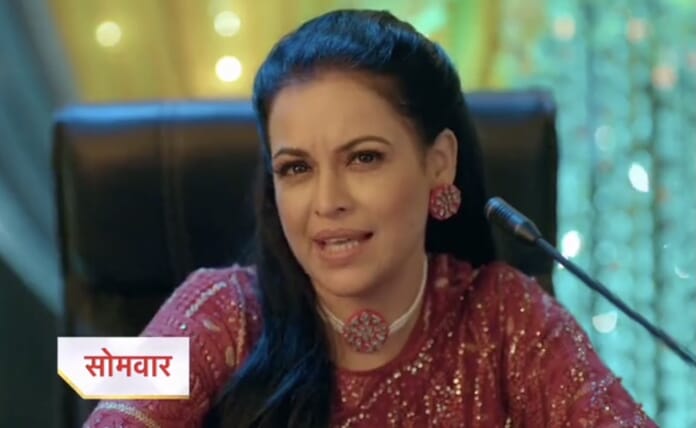 Star Plus popular show Imlie garnered a huge amount of audience from the date of its launch. The storyline is getting interesting with each passing day specially after Aditya’s shocking revelation. In current track Imlie will quit the game midway after seeing Aparna in discomfort. Aparna will lie in the quiz competition to prove Imlie a loser. It will be interesting to watch at the end of the day Aparna’s stubbornness will win or Imlie’s continuous efforts.

Earlier it’s seen how Aditya told Malini he can’t go to court which angered her. Aditya misunderstood Malini when the latter was talking to Kunal over phone. Aditya assumed Malini locked him in room out of anger. He hurt Malini with his words.
Imlie gave solo performance being both male and female. She received praises but didn’t win due to certain rules of the competition. Aditya said sorry to Imlie for not dancing with her. Later Aditya learned about Aparna’s act and confronted her. Afterwards he attempted to say sorry to Malini but in vain. Anu brainwashed Malini and the latter got disheartened thinking Aditya doesn’t even care about her existence anymore that’s why he accused her.

In upcoming episodes viewers will see how Imlie will say she will lose in final round as Aparna won’t participate. Aparna will think she will take part to disqualify Imlie. Later on Aparna will give wrong answers about her choices in the quiz competition to stop Imlie from winning the game. For each wrong answer Aparna will eat chillies according to the rules.
That will hurt Imlie and she will decide to quit the game thinking about Aparna’s condition. Aparna will say she won’t let Imlie win at any cost. Later Anu will call Imlie a loser and will announce her name first to humiliate her in front of society. Imlie will come towards Anu when the latter will call her a maid.

Will Imlie shut Anu up?

Will Aditya get into argument with Aparna?