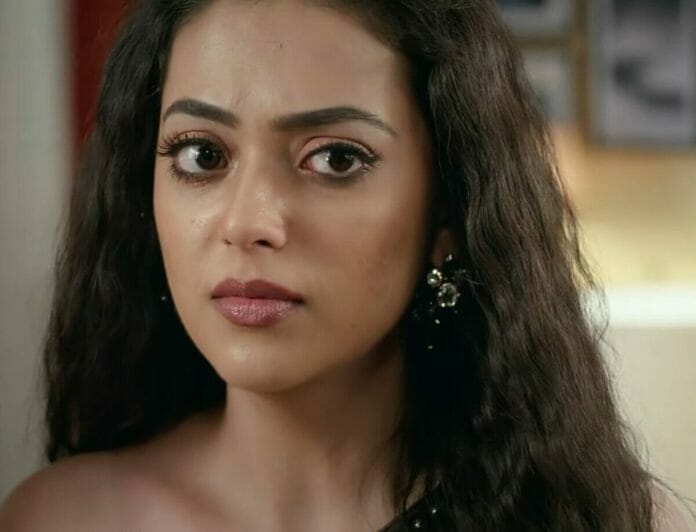 Star Plus popular show Imlie will learn about Chini and Atharv’s secret affair. She will confront Chini and will decide to leave Atharv. It will be exciting to watch what’s in store for us.

Previously it was shown that Imlie questioned Arto why he gave her so much pain. Arto said that he doesn’t deserve to get her forgiveness and she asked for a break from him. He dropped her to Rathod Mansion. Imlie helped one poor lady to cross the street with Arto.

That lady blessed them for their lifelong partnership. Chini felt nervous seeing Arto and Imlie. Arto felt guilty thinking he ruined three lives for hiding the truth. He learned from Chini that she will marry Abhishek who can accept her in front of all and it broke him. Later Imlie revealed to her family that Arto loves someone else not her.

In the upcoming episodes it will be seen Imlie will tell Rathods about Arto’s affair with someone else. She will show them the bracelet which fell from his pocket. Chini will take it back and Imlie will ask her how come her bracelet is near Arto.

Chini will make an excuse and later Imlie will ask her to reveal if she is hiding something. Chini will lie to her. Anu will suggest Chini to take revenge for Malini’s death but the latter will be busy making preparations for her destination wedding. Rudra will ask Arto about Imlie’s return. Devika will tell him to leave Arto and Imlie alone.

Anu will manipulate Arto to go after Chini for her plan execution. Afterwards Imlie will find Arto and Chini hugging each other. She will slap Chini for her betrayal.

What will Arto tell Imlie?