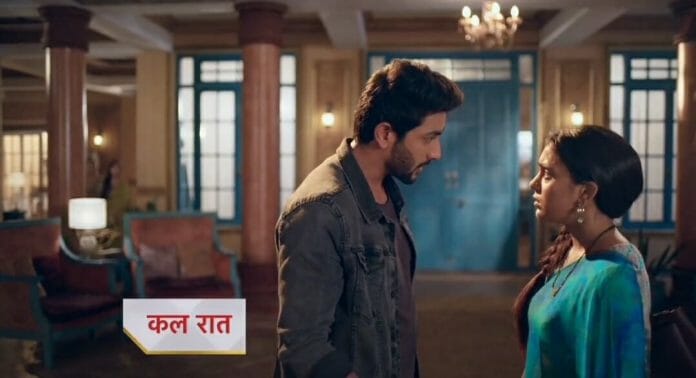 Star Plus popular show Imlie will witness an interesting track soon. Malini is back to take revenge from Imlie. She is using her baby to destroy Imlie’s happiness. Will she succeed? It will be exciting to watch what’s in store for us.

Previously it was shown that Malini revealed it’s her own baby and Imlie has no relation with her. She taunted Imlie saying the latter wants to snatch her everything including her baby. Aryan questioned Malini where was she when her child went missing?

Malini gave him a fake newspaper cut saying she was searching for her baby by giving missing ad. Imlie shared with Aryan that she cant stay away from Gudiya when she knows she is Gudiya’s Maasi.

She understood Malini’s trick and she visited Chaturvedi house and got to know Malini’s real intentions that she hates her baby and is using her only. Malini has no sympathy for Gudiya. Imlie told her to feel ashamed for considering her child as burden.

Imlie tried to take Gudiya away from Malini to give her a better upbringing but Anu humiliated her and threw her out of the house by calling guards.

In the upcoming episodes it will be seen that Aryan will tell Imlie to change for her own good as she can not be a saviour for all. Imlie will reveal how Malini doesnt love Gudiya and she knowingly left her baby on road. Aryan will say but taking legal action against Malini won’t be easy.

Aryan and Imlie will notice an ambulance, Malini will give her baby to the driver and will insult him as he belongs to a village. Imlie will steal Gudiya without Malini’s knowledge and will take her to the hospital. Aryan will donate blood to Gudiya for her sickness.

He will also tell Imlie to focus on her own baby Cheeku instead of interfering in Malini’s life. He will not like the fact that Imlie took Malini’s baby without her permission. Malini will try to get Imlie arrested but Imlie will save herself with her acting.

Malini will openly threaten Imlie that she wants her destruction. Malini will plan to send Gudiya to orphanage after fulfilling her purpose. Imlie will leave with Aryan from house to check if Gudiya is okay or not. Nila will provoke Narmada saying Imlie is more worried for Aditya’s baby. Later Aryan will stop Imlie from taking any action against Malini as for him it’s not their business. He will also tell her to not involve police in this matter as it will be hectic for Imlie.

How will Imlie take Gudiya’s responsibility?

How will Malini stop her?