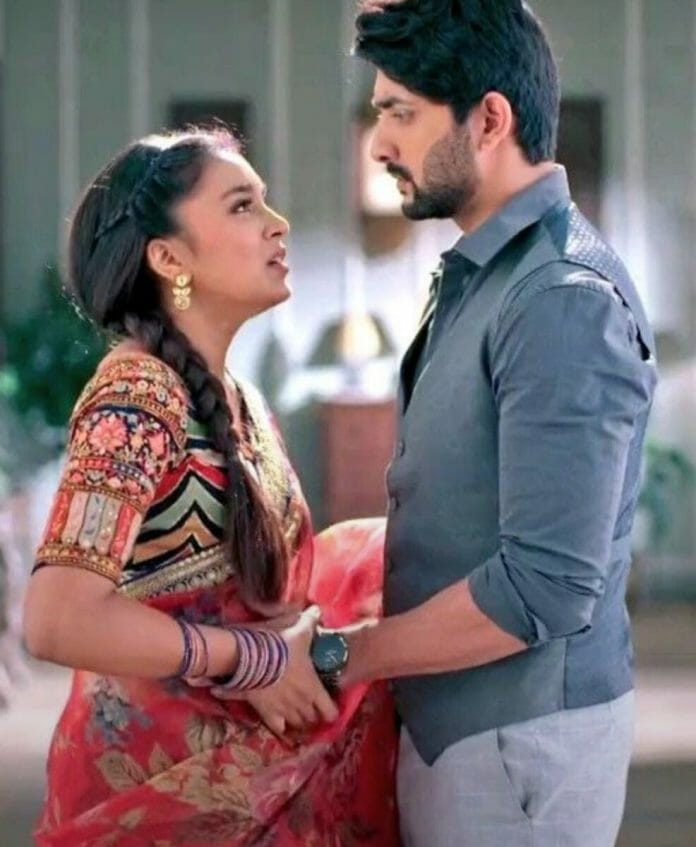 Star Plus popular shows Imlie will witness an interesting twist soon. Jyoti forced Harry to stay in the mansion so that she can execute her plan of killing Imlie. There Imlie has also made a plan to expose the culprit. How will she do that, it will be exciting to watch.

Previously it was shown that Imlie found the torn cheque in Rathore Mansion which Jyoti brought with her shoe without her knowledge. Imlie understood that the culprit is staying in Rathore Mansion only. She also thought of executing a plan. Aryan and Imlie maintained an awkward silence and got into thinking about how to make each other belief in what they are believing. Later Jyoti forced Harry to stay in the Rathore Mansion with her so that she can succeed in her plan. She also threatened him to kill his parents. Later Imlie came to the mansion in disguise and introduced herself as Kairi who is Imlie’s friend. Everyone found her approach as funny. Jyoti thought that Imlie called Kairi to find out the culprit but she didn’t let that happen.

In the upcoming episodes, it will be seen that Aryan will worry for Imlie and will try to break the door to see why she is not coming out of the room. Imlie will feel nervous and she will get inside the room and will open the door after changing the get up of Kairi. Aryan will hug her and later he will ask her why she is not talking to him. She will try to make him feel his baby but he will distrust her. He will say that he will accept her child but won’t spare Madhav. Imlie will get pissed and will focus on finding proof. Later she will make pasta for the family and will notice glue under Gudiya’s shoes. She will check everyone’s feet by going under the table and will wonder why Jyoti is not wearing shoes. Kairi will later serve pasta to Aryan. He will look for Imlie and she will distract him. Later Kairi will find Jyoti’s shoe where the cheque was stuck. Aryan will catch her saying he knew it.

Will Aryan call Kairi a thief?

To know what will happen next in your favorite show Imlie, stay tuned to this space.