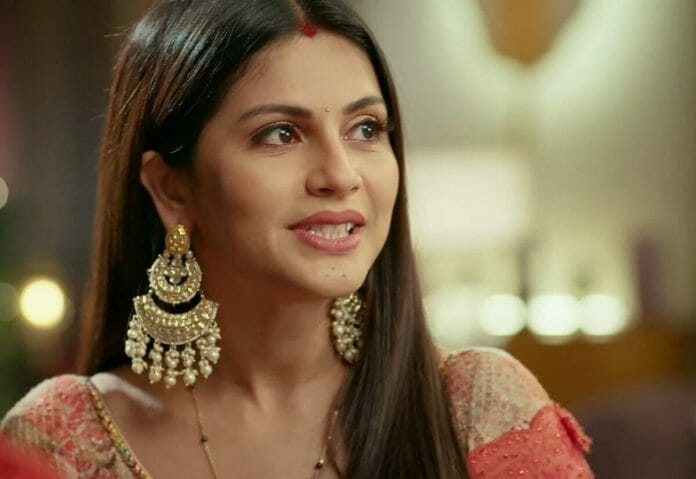 Previously it was shown that Imlie saved Atharv’s instruments from burning by taking risk. Arto saved her and then he tried to explain the latter he doesn’t love her but Imlie faltered and he lifted her up. He took her to Rana Mansion.

Chini confronted Jatin for setting the studio on fire and he threatened Chini to expose her truth to Arto and she was confident that Arto left Imlie and he will not take her back home. He showed her some intimate pictures of Chini and Arto. Shivani and Divya again blamed Imlie’s jinx and Arto defended her.

Later Chini got shocked to know Imlie is in Rana Mansion. She met Arto to ask him why is Imlie there? Arto got upset as Chini left him alone.

Chini said she couldn’t go to see him else Imlie would have doubted them. She asked him to choose either Imlie or she. Arto was not able to believe that Imlie can be bad.

In the upcoming episodes it will be seen Imlie will give befitting reply to Kia when the latter will talk about her status in the house. There Arto will tell Chini to leave before anyone sees them. Kia will catch Chini and will tell her to join hands against Imlie. Chini and Kia both will act like being partners but in real they are not.

Imlie will take the responsibility of making arrangements for Hawan in Rana House. Arto will be happy that Chini will attend it. Imlie will be asked to submit three poems within one day. She will work on that along with the hawan arrangements. Later Imlie will help Arto get his music piece unknowingly, he will thank her and she will also figure out her poem lines.

She will hug him. There Chini will pretend to have feelings for Jatin to get him involved in her plan. She will also stop Rupy from going to Rana house by making her fall sick.