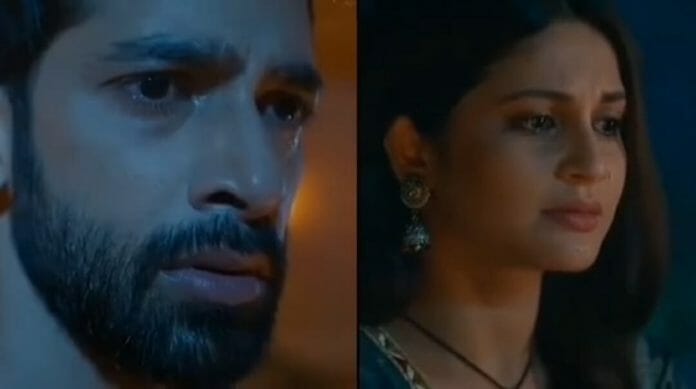 Previously it was shown that Atharv got impressed seeing Chini and the latter took back Imlie’s dupatta from him. She scolded Imlie for entering the concert when she can’t even talk to people. Later Imlie bumped into a criminal who fooled her and told her to keep his drug packets saying it will cure headache.

Imlie got arrested by the police and Chini tried to get her released. Atharv also helped Chini to prove Imlie’s innocence. He showed CCTV footage to the cops and Imlie was shocked to know she took drug packets not a medicine. Narmada watched her news on TV and she blamed her for her parents’ death again and told her family not to help Imlie.

There Atharv’s father Rudra got upset with Atharv again for his visit at the police station twice in a day. Atharv’s mother was sure that her son can’t be a criminal. Atharv offered lift to Imlie and Chini. A transgender blessed Imlie and Atharv’s pair near traffic and Chini felt jealous hearing that.

In the upcoming episodes it will be seen Atharv will be lost in Chini’s thoughts and Narmada will badmouth Imlie after she will return back. She will call her a drug addict and then she will throw away her birthday cake and will spoil the arrangements saying Imlie can’t celebrate birthday in her presence.

Imlie will swear on her parents that she is not an addict. There Imlie will again celebrate her birthday by cutting a new cake. In the meantime Atharv will get upset hearing his father’s bad words. Rudra will tell Devika how he feels Atharv is wasting his talent.

Shivani will suggest him to get him married. Anu will come and will bless Chini. She will try to create misunderstanding but Rupy will tell Chini and Imlie not to pay attention on Anu.