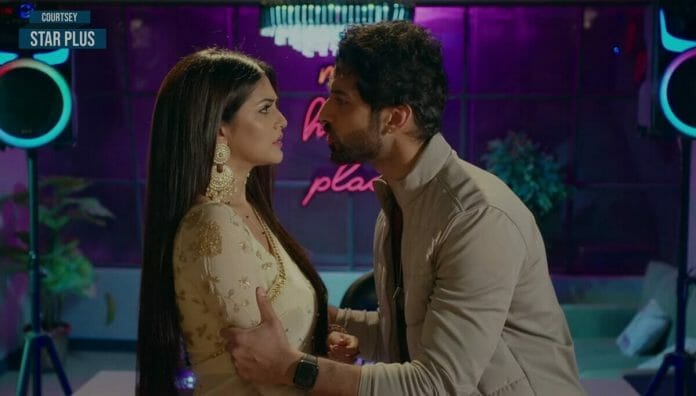 Previously it was shown that Chini tried to get close to Arto but he hesitated thinking about Imlie. Jatin spotted them together and got angry. He hit Arto with his car when the latter tried to leave. Imlie got Atharv admitted to the hospital and Chini left in fear after noticing Jatin.

Rupy scolded Chini for leaving Arto alone in that situation. Imlie informed the police about the car hit Arto. Rupy forcibly took Chini to the hospital and there Jatin got caught by the cops and he reached the hospital as well. Chini feared thinking she got exposed now.

In the upcoming episodes it will be seen Chini will save Jatin saying he was with her so he is not involved behind Arto’s accident. Imlie will also beleive him. Jatin will demand one lakh from Chini to keep his mouth shut in front of all. Imlie will get accused by Divya and Shivani that because of her jinx Arto is admitted to the hospital.

Imlie will say that it’s not her fault but it is fate. Shivani will be adamant and she won’t listen to her. She will throw Imlie out of the hospital to keep her away from Arto. Chini will insult Shivani to provoke her against Imlie. Imlie will try to convince Shivani to meet Atharv and then she will sense some danger for him.

Kia will try to kill him in the OT but Imlie will enter there in hurry. Kia will block the doors to stop anyone from entering the OT to save Arto. Imlie will feel helpless. Atharv and Imlie will be drunk and he will tell her that he used to like her innocence earlier but then he learned she is a cheater so he doesn’t want to stay with her, he doesn’t love her either. Imlie will be shocked knowing that.