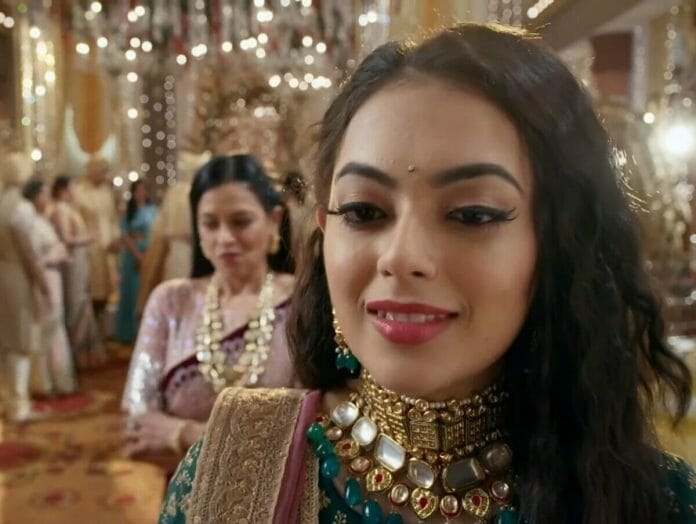 Previously it was shown that Chini accepted Rudra’s offer and took the money. He scared her saying he will disown Atharv from his property. He took back the bangles from her too. Rudra gave the bangles to Imlie. Arpita asked Atharv to remove Imlie’s veil and he felt like everyone will learn she is not Imlie but Chini.

Anu got disappointed with Chini’s act. She told her that Rudra fooled her and he will never disown Arto. Chini thought of being the worst and she decided to stop the wedding of Imlie and Arto. Anu provoked MP’s bodyguards against Atharv. They entered the venu to seek revenge.

Atharv got into a fight with them and Imlie tried to save him by throwing burning woods at the guards. She got shot and Atharv shouted Chini. He got shocked to see Imlie’s face. She asked him why he took Chini’s name.

In the upcoming episodes it will be seen Chini will lie to Imlie that her feet got twisted so Atharv took her name. Later Atharv will angrily question Chini why she is not in bridal attire. He will also decide to tell the truth to lmlie as the latter wanted to sacrifice her life for him.

Chini and Anu will instigate Atharv against Imlie saying she only hired those men to attack herself. She also wants to marry Arto for his wealth etc. Imlie will give money to the guards for their treatment as she injured them. Atharv will think that Imlie is bribing them. He will show faith in Chini and will decide marry Imlie so that Chini doesn’t lose her mother’s share or her rights.

Imlie will ask him if he really wants to marry her, he will say yes for Chini’s sake and there Chini will tie the wedding knot of them. She will get happy that Imlie is getting the second hand thing and Atharv will give Chini everything she desires.

What will be Atharv’s decision ?