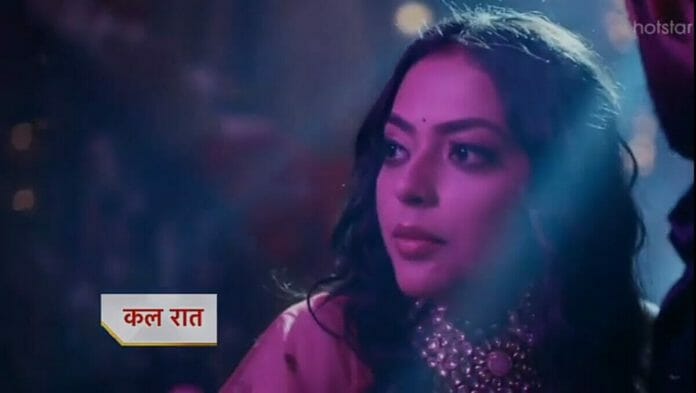 Previously it was shown that Divya criticised Imlie’s thick rotis and called it a dog’s food. Rudra asked Arto to eat it without embarrassing Imlie. Arto ate chillies out of frustration and Imlie fed him rotis. He liked the taste and apologised to Imlie for judging her dish. Imlie was asked to wear an expensive saree at reception but she wished to wear her mother’s saree.

Divya and Kia called it cheap and Arto asked Imlie to wear whatever she wants. He stood up for her freedom. Later Imlie also defended him at the reception party for his music. Atharv thanked her, Chini brought Prasad for Arto and before she could feed him, it fell but Imlie caught it. She fed the Prasad to him making Chini jealous.

In the upcoming episodes it will be seen Shivani and Divya will again taunt Imlie calling her bad omen but Arto will defend her. Rudra will make Chini feel insecure saying Arto and Imlie are getting closer. Chini will question Arto why he supported Imlie to which he will say he said against superstition.

He will dance with Imlie and Chini and later Chini will try to consummate with him after spiking his drink. Imlie will be drunk too along with him. Arto will think Chini is Imlie in drunken state and he will say he hates her.

He will tell her that he used to like her innocence earlier but then he learned she is a cheater so he doesn’t want to stay with her, he doesn’t love her either. Imlie will be shocked knowing that. Arto will also decide to leave Imlie in her maternal home after Pathphera.